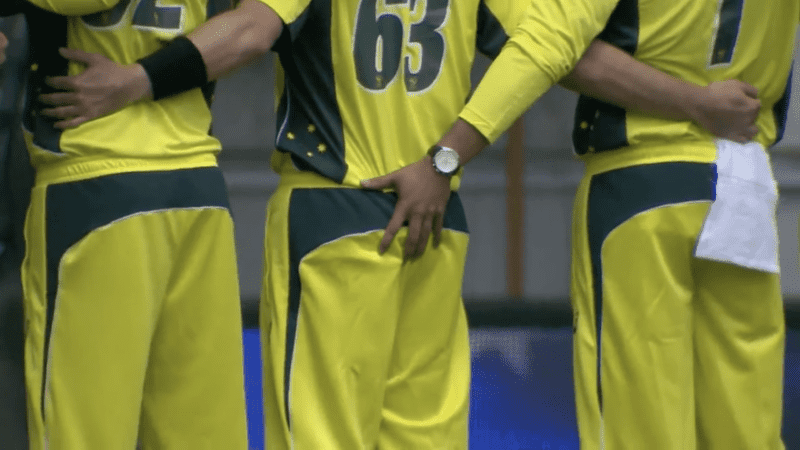 Australian cricketer Usman Khawaja says he wasn’t aware that he was being filmed while grabbing his teammate’s butt while lined up at a recent match to listen to the country’s national anthem.

Video of the butt grab has gone viral, racking up 1.8 million views on Facebook online since it was posted on February 9.

The rest of the Australian players were linked arm-in-arm but Khawaja, presumably in an attempt to calm the nerves of Zampa who was making his debut, went for the more personal touch.

It seemed to work for Zampa, who claimed 2 for 57 from his 10 overs on debut.
Khawaja, who was recalled for the match after being controversially left out for the opening one-dayer, scored a half-century in Australia’s four-wicket win that levelled the series 1-1.

Australian journalist Miguel D’Souza tweeted Khawaja about the butt squeezing moment, asking, “What’s going on here? 🙂 This how you guys introduce new players to the team?” Khawaja responded, “hahaha oh boy. Didn’t realize there were cameras filming from behind.” D’Souza added to that, “Seems that’s where the real action was during the anthem. Watch out for ‘behind-cam’ in future matches, OK?” Khawaja followed up again saying, “it was all consensual. Just having a joke with the debutant.”

@MiguelDSouza @zamps63 haha it was all consensual. Just having a joke with the debutant. #playon