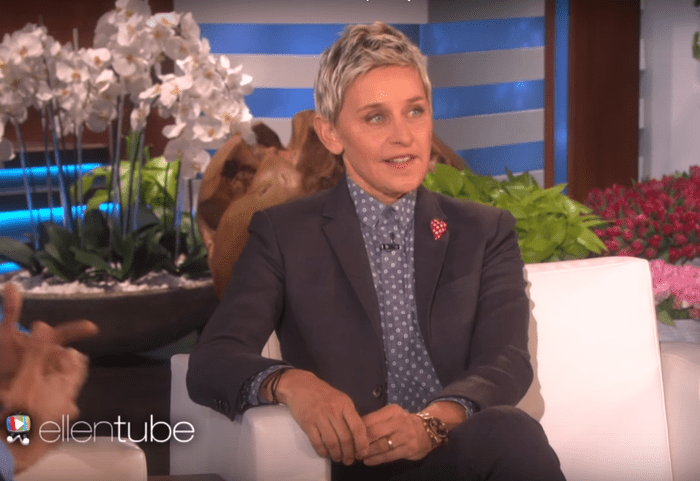 Ellen DeGeneres became emotional while talking with President Obama about gay rights and the fight for equality during a segment for the funny lady’s daytime talk show.

DeGeneres praised Obama for all that he has done to advance the cause of gay rights, saying, “I cannot tell you, or thank you enough, for what you’ve done for the gay community. So, thank you.”

Of his record on gay rights, President Obama said, “It’s one of the things I’m proudest of because my whole political career has been based on the idea that we constantly want to include people and not exclude them.” He added, “How do we bring more and more people into opportunity and success and feeling hopeful about their lives?”

President Obama also had high praise for DeGeneres, which caused her to tear up:

“But I will say, we were driving over here today — and I meant this.  I said it to my staff — I said, as much as we’ve done with laws and ending ‘don’t ask, don’t tell,’ et cetera, changing hearts and minds — I don’t think anybody has been more influential than you on that. I really mean that. You being willing to claim who you were, that suddenly empowers other people. And then suddenly, it’s your brother, it’s your uncle, it’s your best friend, it’s your coworkers.  And then attitudes shift.  And the law is followed, but it started with folks like you.  I’m so proud of you.”

Without missing a beat, the president replied, “But, on TV, you play one and it’s great.” DeGeneres jokingly explained, “I just thought it would work and I’ve had to stick with it, because people were responding.”

Watch Ellen and the president share high praise for each other, below.