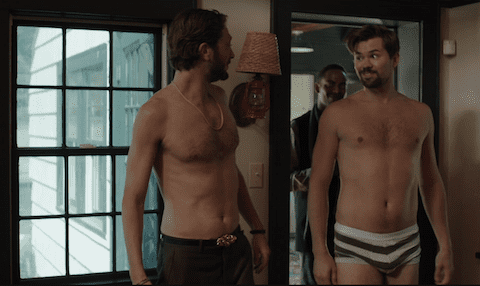 — Say what you will about Lena Dunham’s Girls, but many viewers agree Hannah’s gay BFF Elijah (Andrew Rannells) is one of the best things about the series. He gets a bit more focus this season, starting with a new job at Ray (Alex Karpovsky)’s cafe Sunday at 10 p.m. Eastern on HBO.

See more of our picks for what to watch on TV this week below!

— Lip sync battles: They’re not just for drag queens anymore! Supermodel on the rise Gigi Hadid and Teen Wolf heartthrob Tyler Posey go head-to-head on Lip Sync Battle Thursday at 10 p.m. Eastern on Spike in a fight for which gorgeous young person can not-sing the best.

— Is the power of nostalgia enough to draw you into Full House reboot Fuller House despite the focus on conservative Candace Cameron Bure? Or maybe you’re tuning in for a chance to ogle Uncle Jesse (John Stamos) one more time. Whatever the reason, the series drops Friday on Netflix.

— Leonardo DiCaprio goes for the gold one more time at the Academy Awards this Sunday, as opening ceremonies begin at 7 p.m. Eastern on ABC. Host Chris Rock will surely have something to say about the lack of diversity in the major acting categories.