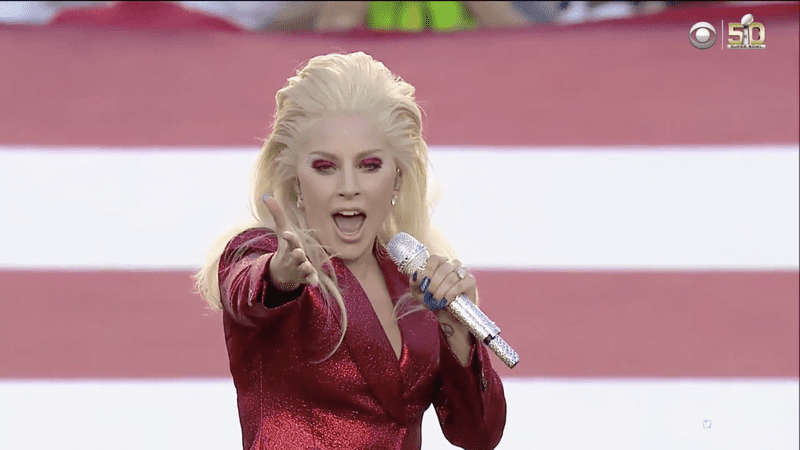 Lady Gaga sang the national anthem at Super Bowl 50 on Sunday in a performance that was roundly praised on social media and in the stadium in Santa Clara, California.

Gaga took centerfield dressed in a scintillating red pant-suit that was part of a glittery ensemble that also included glittery red eye shadow, a bedazzled silver mic, and glittery blue nail polish. Together the look seemed to scream, “All-American Diva”, with a dash of “Working Girl.”

Gaga said that performing the National Anthem at the Super Bowl “is one of the highest honors” of her career.

"This is one of the highest honors of my career."