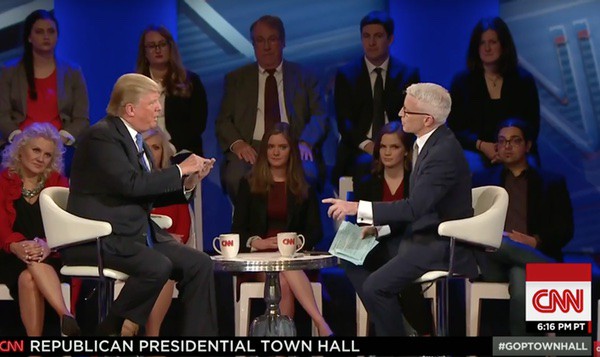 When confronted about his nasty innuendo about Ted Cruz’s wife last week, Trump said of his retweet, “I thought it was a nice picture of Heidi. I thought it was fine.” “Come on,” AC responded, stopping just short of rolling his eyes. Trump tried a different explanation. “Excuse me, I didn’t start it. I didn’t start it,” he said of the wife spat. “Sir, with all due respect, that’s the argument of a 5-year-old,” Cooper answered.

And if you don’t think Trump is operating like a child, check out THIS VIDEO: