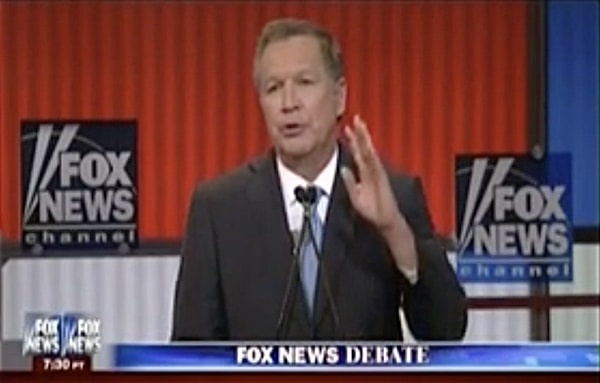 “Governor Kasich, the last debate, you were asked a question about religious liberty, and a hypothetical situation where a same sex couple approaches a cupcake maker to do their wedding. Here’s what you said.”

Said Kasich in the clip:

Then Baier posed the question:

“Governor, some faith leaders got nervous about that answer. Do gay marriage dissenters have rights?”

Kasich replied that he hoped America would return to a “common sense” process of discrimination, where people didn’t take others to court.