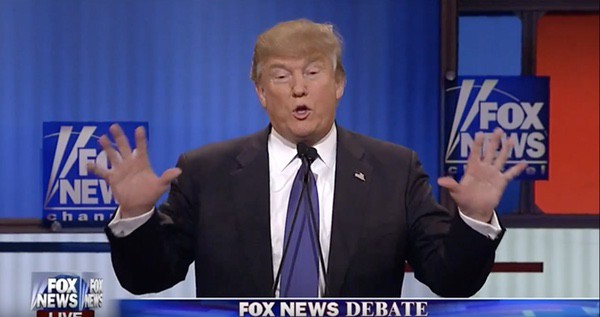 Gawker has published audio sent to them by a hacker who claims to have accessed Donald Trump’s voicemails.

The voicemails in Gawker’s video are from MSNBC hosts Tamron Hall as well as Mika Brzezinski. There is nothing too outrageous in them. Also:

In addition to those from the MSNBC personalities, there were messages from longtime Barack Obama advisor David Axelrod, New England Patriots quarterback Tom Brady, and boxing promoter Don King, all of whom spoke to Trump in a friendly and familiar manner.

Gawker believes the voicemails will “buttress” an argument made by Cruz and Rubio who want Trump to release an interview he did with the New York Times, believing it will unmask him as a member of the NYC liberal elite.

They indicate that Trump maintains friendly personal relations with members of the elite political press, even as he demonizes them. While Trump and some of his journalistic interrogators play oppositional roles on the public stage, the voicemails suggest that they are in fact favor-trading pals when the cameras are off.

The messages are believed to have been left in 2012.

Oh my God. I just read the transcripts! Trump must have contributed to a children's charity. Scandalous!!! https://t.co/BxcZCdSkQb

Through the years, we asked Trump (and many others) to contribute to various charities, including David Axelrod's CURE charity for epilepsy.

And for the record, we knew Trump as a fellow NBC employee. We always asked colleagues for charitable gifts. https://t.co/BxcZCdSkQb

We even got Trump to contribute $100,000 to David Axelrod's epilepsy charity when he worked at NBC. https://t.co/BxcZCdSkQb

In one message, David Axelrod, the chief strategist of Barack Obama’s presidential campaigns, thanks Trump for a check. In November 2012, Trump donated money to Slash the Stache, an organization backed by Axelrod which sought to find a cure for epilepsy.

Tom Brady, whose friendship with Trump is well-documented, opens one message with “Donald, it’s your favorite quarterback.” He opens a second with, “Hey big guy, it’s your favorite NFL quarterback calling.” (Don Yee, Brady’s agent, said his client did not recall leaving any voice messages for Trump and could not speak to the authenticity of the messages one way or the other.)

The outspoken boxing promoter Don King also left multiple messages, addressing Trump as “Big Don.” “You’re a Republicrat, that is so great for America,” he said in one of the messages