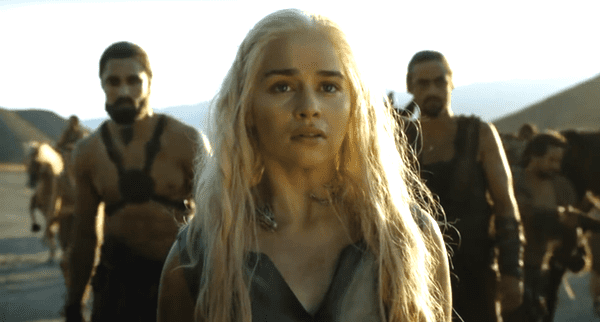 Game of Thrones debuted a new trailer for its 6th season last Thursday during March Madness that got fans freaking out on social media.

As of this posting, the trailer has nearly 4 million views on YouTube. So it’s fair to say that there’s some anticipation about what to expect in the 6th season of the show.

There’s plenty to unpack in the new promo, including a reported deep dive into some material covered in the books that has previously been left out.

There’s Jon Snow in this trailer, however. Which means Amanda Peet is probably not speaking to her husband.

PREVIOUSLY: Amanda Peet Told Her Husband He Would Have to Go Gay if He Didn’t Bring Jon Snow Back – WATCH

Watch the trailer below and make your predictions for what’s happening next in season 6, which debuts April 24.