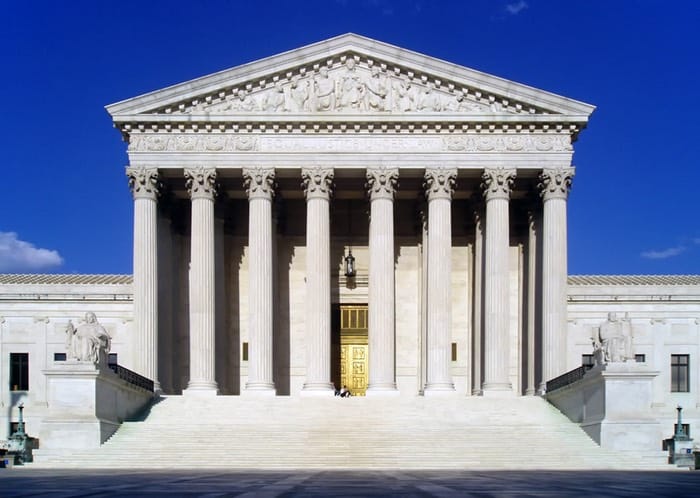 The United States Supreme Court has declined to hear a case challenging New Jersey’s ban on harmful ex-gay conversion therapy which seeks to “cure” LGBT youth of their sexual orientation or gender identity.

The Court’s rejection of the case marks the third time the nation’s highest court has decided to pass on hearing a case on the constitutionality of such bans.

By declining to hear the case challenging New Jersey’s ban, a lower court ruling which upheld the ban remains in effect.

In its order list on Monday, the Supreme Court included the lawsuit, Doe v. Christie, among the list of cases for which it has denied certiorari, or declined to hear. The lawsuit, filed by the social conservative Liberty Counsel, challenged the New Jersey ban on conversion therapy, which Gov. Chris Christie signed into law in 2013. Neither the vote, nor the reason for denial is provided on the order lists. It takes at least four justices to agree to consider a case for the Supreme Court to consider it. The denial of certiorari leaves in place the decision of the U.S. Third Circuit Court of Appeals upholding the New Jersey law. […]

Liberty Counsel had petitioned the court to hear the challenge to New Jersey’s ban on “ex-gay” therapy on the basis the U.S. Third and Ninth Circuit court of appeals had conflicting interpretations of whether conversion therapy is considered speech. Although both courts ended up upholding bans on “ex-gay” therapy, the Ninth Circuit determined conversion therapy was speech, but the Third Circuit didn’t. According to Liberty Counsel, the unnamed plaintiff in the case, John Doe, had daily thoughts of suicide and depression, but as a result of conversion therapy these thoughts went away and the plaintiff started thriving.

The practice of “ex-gay” conversion therapy is rejected by major medical and psychological institutions, including American Psychological Association, the World Health Organization, the American Medical Association and the American Academy of Pediatrics. The Liberty Counsel has a history of making dubious claims, such as when it stated 100,000 people in Peru attended a rally in support of Rowan County Clerk Kim Davis.

Staver issued a statement on Tuesday:

“As a result of today’s decision, our client – whose life was literally saved by this counseling – has been told by his government that it does not care about that or about his values,” said Staver. “We pray for our client and countless other minors like him in New Jersey who have now been denied their basic freedom of self-determination,” Staver said.

“Supreme Court experts were closely watching this case because there were signs that the Court would take up the matter to address the important First Amendment claims and resolve the conflicts between this case and other cases, including a conflict with a decision last year from the Supreme Court that was favorable to our position. One can only speculate whether the absence of Justice Scalia is already being felt by this unexpected turn of events. Replacing Justice Scalia with someone who shares his view that the original meaning of the Constitution should be respected is critical to maintaining the rule of law,” concluded Staver.

Previous Post: « Britney Spears and Hillary Clinton Meet Again in ‘Hillary Me One More Time’ – WATCH
Next Post: Here’s What Steve Grand Does at the Gym – WATCH »