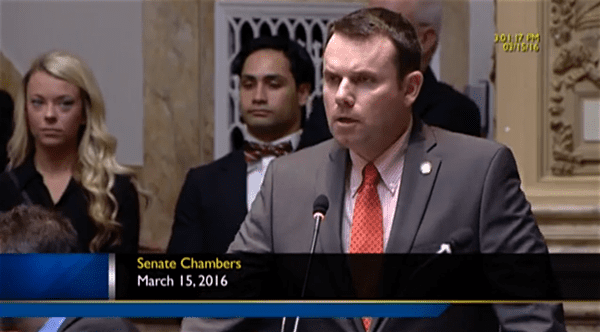 The Kentucky Senate is today voting on an anti-LGBT “religious freedom” bill that would give businesses in the Bluegrass State a license to discriminate against patrons based on their sexuality and/or gender identity. 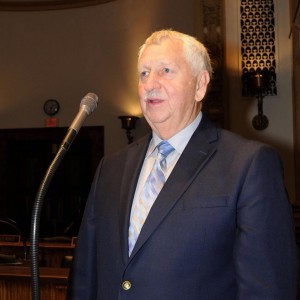 Senate Bill 180 was introduced by Senator Albert Robinson (right) and would overhaul local LGBT rights ordinances if enacted. Via a press release from Freedom Coalition:

SB180 narrowly cleared the Senate Veterans, Military Affairs, & Public Protection Committee two weeks ago, when the bill’s sponsor admitted his intent is to undo LGBT discrimination protections in eight Kentucky cities that have approved them. Those cities include Covington, Danville, Frankfort, Lexington, Louisville, Midway, Morehead, and the Appalachian town of Vicco. This “License to Discriminate” removes local control from these and other municipalities.

Senator Whitney Westerfield has filed a floor amendment to SB180 which purports to narrow the overly broad religious exemptions carved out in SB180. In reality, the amendment does little to nothing to protect vulnerable Kentuckians from discrimination under this law.

Kentucky businesses are worried that such a bill could have disastrous consequences for their bottom lines, as happened to businesses in Indiana after that state enacted the ‘Religious Freedom Restoration Act’:

States that have passed similar legislation have experienced serious economic harm. A recent report from Visit Indy revealed a $60 million loss in tourism and convention dollars from Indiana’s similar law.

You can watch a live stream of the senate vote, here.