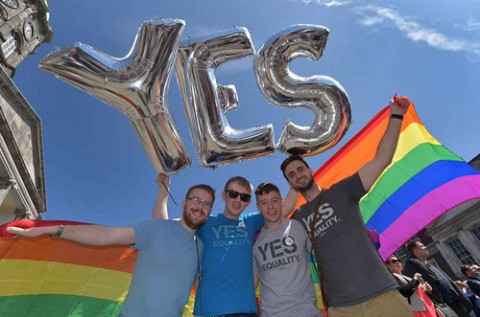 A new survey shows that despite a public referendum last year legalizing same-sex marriage, LGBT youth in Ireland are twice as likely to self-harm and three times more likely to attempt suicide when compared with their heterosexual peers.

“Some of the findings of The LGBT Ireland Report are harrowing, showing higher levels of self-harm and suicidal behaviour among LGBTI teenagers as well as worrying levels of severe and extremely severe stress, anxiety and depression.

“Being LGBTI in itself doesn’t increase the risk of poor mental health. It’s the experience of being bullied, being rejected or being harassed because you are LGBTI that leads to higher levels of self-harm and attempted suicide.

Dr Carol-Anne O’Brien, director of advocacy at BeLonG To added: “The findings are stark. 56% of LGBTI 14- to 18-year-olds had self-harmed, 70% had suicidal thoughts and one in three had attempted suicide.”

Despite the introduction of groundbreaking gender identity legislation last year, a later survey found that at least 40 percent of transgender people in Ireland had attempted suicide at least once.

Watch a CNN report on the same-sex marriage referendum in Ireland below.