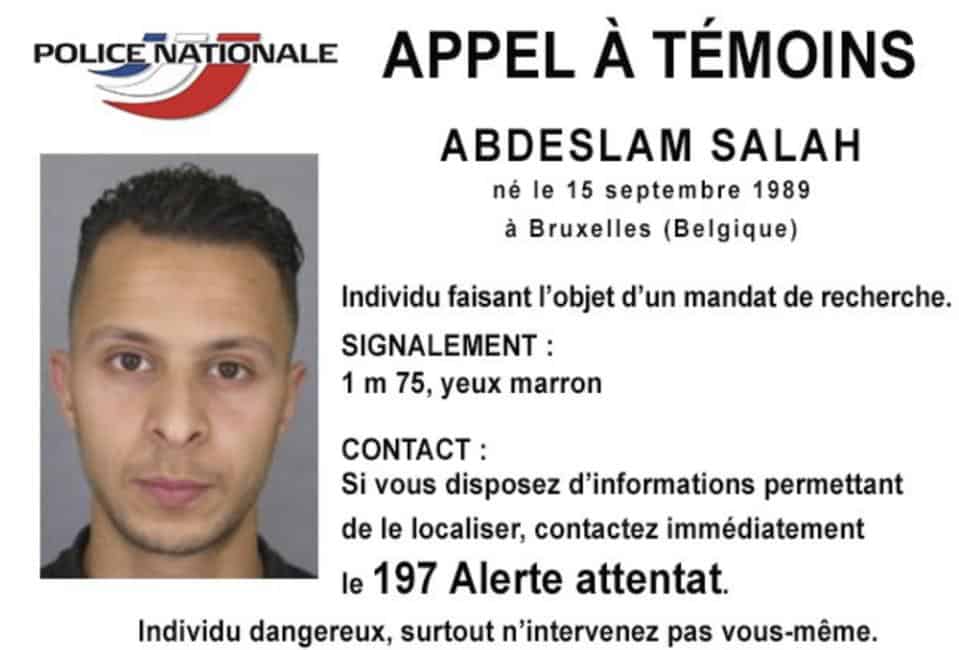 Salah Abdeslam, the suspected sole surviving terrorist involved in the gruesome Paris Terror Attacks last November, has reportedly been captured alive in a raid in Brussels.

According to police, Abdeslam was shot in the leg during the raid but was otherwise unharmed.

French president François Hollande said an operation was under way in Brussels linked to the Paris attacks, but could not confirm that Abdeslam had been injured or apprehended. Gunshots and explosions were heard in the Molenbeek area.

Earlier, the Belgian federal prosecutor Eric Van der Sypt confirmed that Abdeslam’s fingerprints had been found at a flat that was raided in the Forest area of Brussels on Tuesday, where a shoot-out with police saw another gunman shot dead next to an Islamic State flag. Two suspects fled that raid.

Abdeslam, a 26-year-old French national who grew up in Brussels, fled Paris for Belgium by car hours after the 13 November attacks which killed 130 people. He is believed to have played a key role in organising the attacks.

Police believe he played a key role in the logistics of the Paris attacks and escorted the three suicide bombers who blew themselves up at the Stade de France as part of the coordinated attacks.

Investigators are also considering whether he planned to carry out his own suicide attack in the 18th arrondissement of the French capital, and perhaps backed out. His brother blew himself up and died at a Paris bar on Boulevard Voltaire during the attacks.

At a White House press briefing on Friday, Press Secretary Josh Earnest said he did not know whether President Obama had been briefed on the Molenbeek raid.

.@PressSec after capture of Paris attacks suspect: "I don't know…whether or not the president has been briefed." https://t.co/afSctfNvab

As we previously reported, Abdeslam was found to have been a regular in Brussels’ gay village, though it’s unclear why. From a report by The Irish Mirror:

Security services are scouring hours of CCTV footage taken from bars in central Brussels, in an area known as “Jacques Quarter”.

Abdeslam had been on the run from authorities for the past 4 months. He managed to cross the border into the Belgium following the Paris Attacks despite having his ID checked by border police. He reportedly had help escaping the French capitol.

UPDATE 2. Watch a video of terrorism expert Michael Weiss talking about the reports of Salah frequenting gay bars, below.

Said Weiss, “This didn’t get enough attention at the time…he was known to have frequented the gay district of Brussels. And bartenders at various gay bars had been on record as saying, ‘We actually thought he was a prostitute because he was here so often and he was kind of mingling with the crowd.’ Now whether or not that’s true or whether or not that was some clever European intelligence agency planting stories designed to make him terrified–I mean, you can imagine, right? If he’s been outed as a homosexual, he’s not going back to the caliphate. All of that has now been dispelled.”

UPDATE 1. Photos and video of the raid have been surfacing on Twitter. See them below.

Our producer @MattRhodesSky is in Brussels, where police are reported to have captured a #ParisAttacks suspect https://t.co/LYSO5iqFCL

Police clearing area around cordoned off school after what looked like a glass ketchup bottle thrown at officers. pic.twitter.com/3O8nZixiO7

Images from a woman who works on the street where Salah Abdeslam was captured https://t.co/ZgcV6HUkKw pic.twitter.com/roHtlQexS1

Video shows a suspect being taken away by authorities in Belgium: https://t.co/InOiKhnywg https://t.co/pa5wbPvKv5

Previous Post: « Manny Pacquiao Re-Banned from LA’s The Grove for Saying Gays Should Be Put to Death
Next Post: Conservatives Call for Unity Ticket to Block Trump From Getting GOP Nomination »