The Department of Justice on Wednesday gave immunity to Bryan Pagliano, the former State Dept. staffer who worked on Hillary Clinton’s private email server, and people are reading the tea leaves. 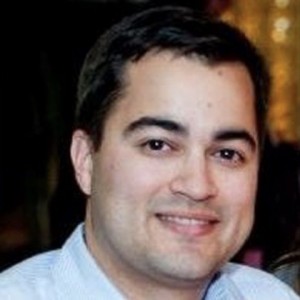 The kindest possible reading of this news for Clinton is that Pagliano was simply nervous to talk about how — and why — he had set up the email server, and granting him immunity lets him speak freely without any concern that he might get into trouble.

Maybe. But it’s my strong impression that the Justice Department doesn’t go around granting immunity to people unless the person getting the immunity may be able to shed light on an important part of the investigation. After all, if Pagliano a) knew nothing or b) did nothing wrong, why would he need immunity to talk to the FBI?

Others (particularly this Sanders supporter H.A. Goodman), are saying the immunity has dire consequences for Clinton’s campaign:

The FBI’s investigation will decide if there was criminal activity involved in owning the server and storing classified information on a non-government network. Already, I’ve written numerous articles on why Bernie Sanders is the true front-runner, and has been since last year, partly because of Clinton’s FBI investigation. Bryan Pagliano being granted immunity, however, changes the ballgame.

Hillary supporters everywhere most likely don’t care, but this development, and the testimony (free from any legal consequences) of the man who set up Clinton’s computer apparatus, secures Bernie Sanders’s front-runner status as the Democratic nominee. The DNC would be engaging in political suicide by entering November 8, 2016 with a nominee linked to a person just granted immunity from President Obama’s Justice Department, primarily because there’s a reason this man was granted immunity in the first place.

The Clinton campaign is putting on an ‘unfazed’ face about the development:

In a statement, Brian Fallon, a spokesman for the Clinton campaign, said: “As we have said since last summer, Secretary Clinton has been cooperating with the Department of Justice’s security inquiry, including offering in August to meet with them to assist their efforts if needed.”

He also said the campaign is “pleased” that Pagliano, who invoked his Fifth Amendment rights before a congressional panel in September, is now cooperating with prosecutors. The campaign had encouraged Pagliano to testify before Congress.

Morning Joe looked at the developments: