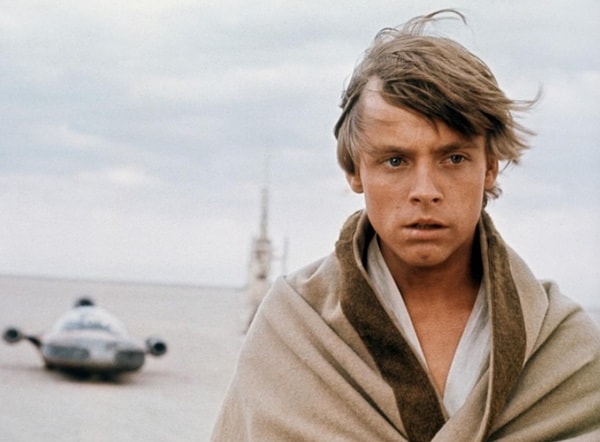 Mark Hamill is very keen on the idea that Luke Skywalker could be gay. It’s a notion he’s brought up before.

But his thoughts are being given new legitimacy given director JJ Abrams recent remarks that “it seems insanely narrow-minded and counterintuitive to say that there wouldn’t be a homosexual character” in the Star Wars universe.

RELATED: Is ‘Star Wars’ About to Get a Gay Character, or Two?

Said Hamill, according to a new report in The Sun:

“I just read online that JJ is very much open to that. In the old days you would get fan mail. But now fans are writing and ask all these questions, ‘I’m bullied in school… I’m afraid to come out’. They say to me, ‘Could Luke be gay?’ I’d say it is meant to be interpreted by the viewer. If you think Luke is gay, of course he is. You should not be ashamed of it. Judge Luke by his character, not by who he loves.”

Actor John Boyega quashed and then resurrected those rumors last week at the BAFTA Awards, when he said, of the possibility:

Previous Post: « Bonkers Kentucky Bill Aims to Separate ‘Matrimony’ and ‘Marriage’ to Discriminate Against Gays
Next Post: Should Clinton Supporters Be Worried That the DOJ Gave Bryan Pagliano Immunity? »