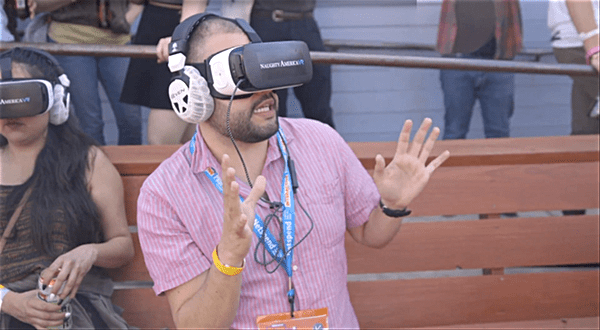 Raymundo decided to give the VR simulator a chance and review it as a non-interested party of sorts. Raymundo is gay but admits that the video did make him a little sweaty. Of course, there is a chance that had something to do with the male avatar in the VR.

Said Raymundo, “The guy who is simulating who I am is really hot as well. It’s really a good situation.”

Previous Post: « EXCLUSIVE: Look At Who’s Coming Back On Tonight’s ‘RuPaul’s Drag Race’
Next Post: The Secret Story of the Last Presidential Visit to Cuba »