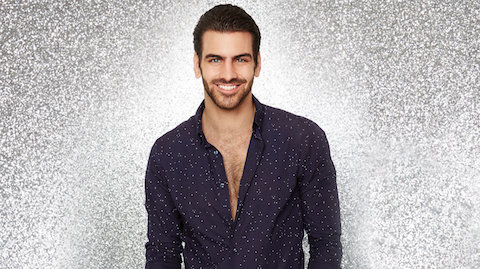 — Strap on your cha-cha heels for the new season of Dancing With the Stars tonight at 8 p.m. Eastern on ABC. This season’s celebs include Jodie Sweetin, Mischa Barton and the hunky, deaf, sexually-fluid Top Model winner Nyle DiMarco.

— Bow down to the queen of the romantic comedy Nora Ephron in Everything Is Copy: Nora Ephron — Scripted & Unscripted, tonight at 9 p.m. Eastern on HBO. The film is directed by her son Jacob Bernstein and features interviews with Meryl Streep, Steven Spielberg and Tom Hanks.

— Pack your dog hoodies and load up your nature’s pocket for a road trip to Philadelphia on this week’s Broad City. Last week’s episode alone boasted cameos from Alan Alda, Cynthia Nixon and, oh yeah, Hillary Clinton, so who knows who will show up Wednesday at 10 p.m. Eastern on Comedy Central.

— There are lots of reasons to love TV Land’s original series Younger. There’s the irresistible Broadway veteran Sutton Foster. There’s Debi Mazar’s May-December lesbian romance. There’s the unspeakably hot (and often shirtless) Nico Tortorella. But, if you’re a fan of Sex and the City, you should tune in for what may be its most direct spiritual successor. Also created by Darren Star, the series puts a contemporary spin on women juggling careers, dating and friendships in New York City. The critically acclaimed second season wraps Wednesday at 10 p.m. Eastern.

— Smash’s Megan Hilty guests on this week’s Project Runway All Stars Thursday at 9 p.m. Eastern on Lifetime. Catch up on last week’s episode in the clip above.