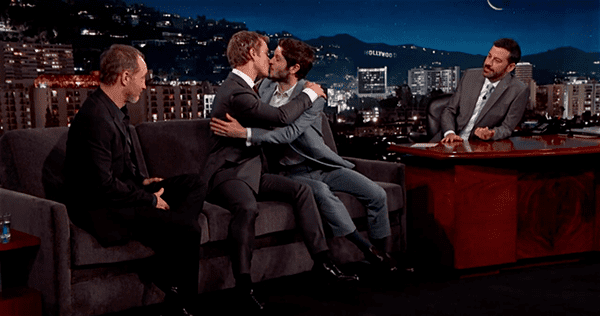 If you’re caught up on Game of Thrones, you know that Theon Greyjoy (Alfie Allen) and Ramsay Bolton (Iwan Rheon) have had a cutting relationship.

Allen and Rheon appeared on Jimmy Kimmel on Tuesday night to debut a new clip from the season 6 premiere (which hits this Sunday) and proved there are no hard feelings between the two.

Rheon, however, took things a little further by planting a kiss on Allen. He said he “couldn’t resist!”

Watch as the boys kiss and make up, below.