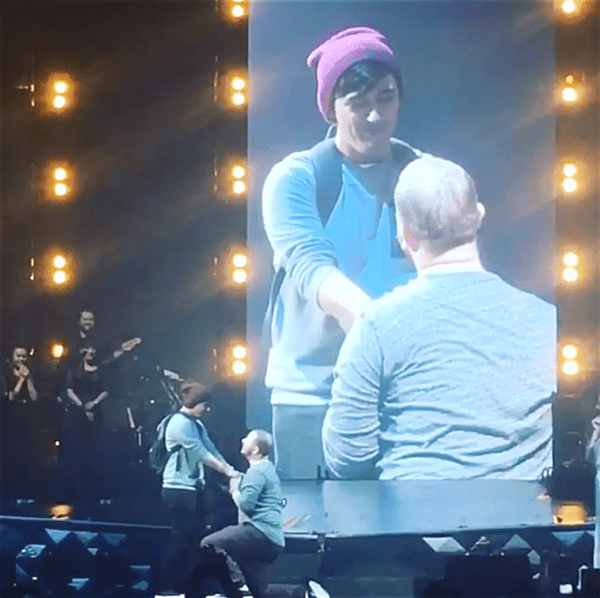 British singer Ellie Goulding recently made a stop in San Jose, California on her Delirium World Tour and had an unexpected interaction with a fan that left her jumping for joy.

During her performance, a fan got her attention and hinted to her that he wanted to propose to his boyfriend (who was at the concert with him). Once Goulding got the gist of what the fan was asking, she invited the couple on stage so that the entire venue could watch the cute moment.

Video of the proposal was projected onto the giant monitors at the venue, capturing the moment the couple officially became engaged. Immediately after, Goulding skipped towards the couple and gave them a giant hug before carrying on with the show.

Fans at the concert shared news of the event on Twitter.

Previous Post: « Game of Thrones’ Alfie Allen and Iwan Rheon Heal Their Wounds With a Kiss – WATCH
Next Post: That Horrifying Moment You Realize Role Play Isn’t For You – WATCH »