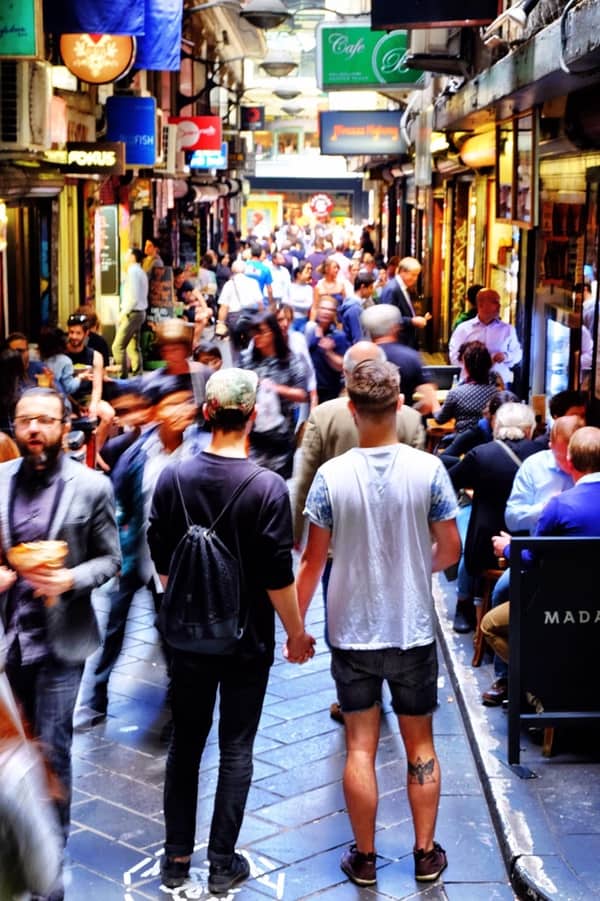 I was sitting in Centre Place when a couple who were clearly in love walked by. They were laughing with each other, holding hands and they looked like they were in their own little world. Which is exactly how love should be. I chased after them…

Their names were Tim and Brendan.

I asked the two gentleman to pose for me in this photo to show what would happen to those around them if gay marriage was legalised in Australia… Nothing. Zip. Zero.
Life would continue on exactly for everyone else as it does now and nobody would be effected except the two Humans who are so in love.

Cincotta tells Buzzfeed: “I didn’t want them facing me, I wanted them to be any two men or two women. I said, ‘Stand there, you’re going to represent love, and everyone will be moving around you’….That’s exactly what love is, it’s about being in a bubble and the world moving around you.”