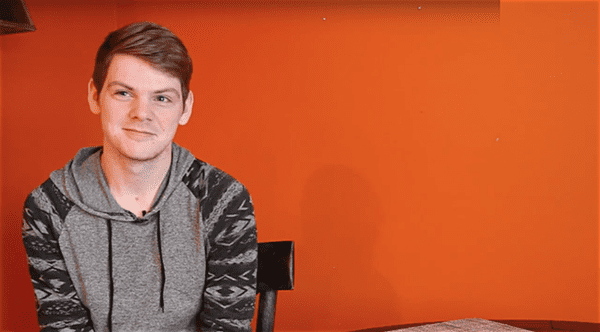 Last October, we told you about Dylan Settles, the young man who received a letter from his church saying he was being removed from the church because of his “choice to embrace the homosexual lifestyle.”

Wrote Woods General Baptist Church in their letter to Settles, “It is the desire of your church family, you would turn from the sinful lifestyle you have chosen, repent of the sins you have committed, and return to full fellowship with God and the church body.”

Settles posted the letter on Facebook and it went viral.

YouTuber Davey Wavey recently spoke with Settles about the aftermath of his letter gaining such widespread attention and how the letter personally affected him.

“The only ‘sin’ that I committed was coming out,” Settles says. Of how the experience changed him, Settles adds,

“I think that I’ve learned who I am…I am very comfortable with being out and holding my boyfriend’s hand or kissing in public. It doesn’t matter what other people think about you. There’s someone out there that loves you regardless.”

In response to his church’s decision to kick him out, Settles decided to write a letter back:

“It’s been a few months since receiving your letter and I have given it some thought. If there is one thing I have learned from your church it’s that where there’s love, there is God. I want to let you and your church body know that I am in a loving relationship with my boyfriend. When I hold his hand or look into his eyes, there’s not sin that I feel. It’s love. Looking at today’s world, it’s obvious that we need more love in whatever expression it takes. We shouldn’t condemn love, we should celebrate it. After reading your letter, I have come to the decision that I am not repenting to the church. I will not repent for being the person that God has created me to be.” 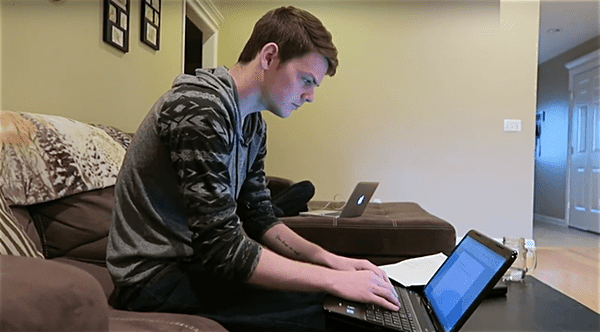 Watch as Settles reads the letter he received as well as the one he wrote back, below.