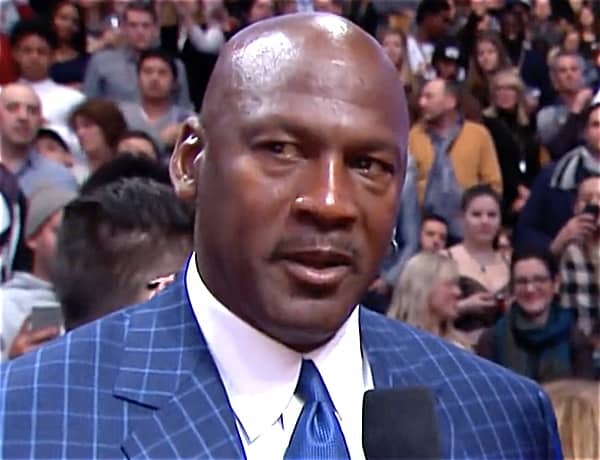 Charlotte Hornets owner Michael Jordan echoed his franchise’s statement of a month ago when asked for remarks about North Carolina’s HB 2, the Charlotte Observer reports:

“As my organization has stated previously, the Charlotte Hornets and Hornets Sports & Entertainment are opposed to discrimination in any form, and we have always sought to provide an inclusive environment,” Jordan said in a statement to the Observer in response to an interview request regarding HB2, the North Carolina law called by some as discriminatory toward the LGBT community.

“As has been the case since the building opened, we will continue to ensure that all fans, players and employees feel welcome while at work or attending NBA games and events at Time Warner Cable Arena.”

The Charlotte Hornets have issued the following statement: pic.twitter.com/5IOzSjjncM

“[The statement] might not be strong enough for some fans, and might be too strong for others, and either way seems to communicate Jordan’s approach to the matter: that he’ll speak through the organization rather than offering significant separate or extemporaneous thoughts on it. (Which is totally fair.)”