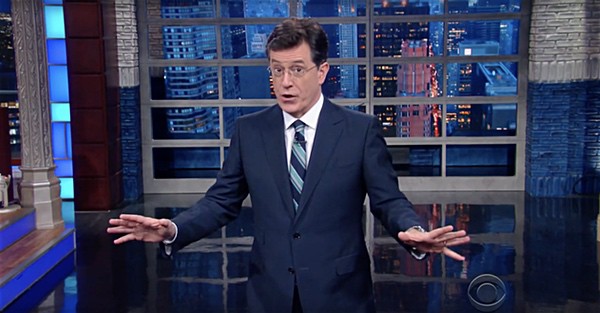 Stephen Colbert addressed the AFA’s boycott of Target over its policy to allow transgender people to use the bathrooms of their choosing. The boycott has now collected more than 850,000 signatures.

Colbert says he doesn’t care if you’re male or female or what your gender identity is. He doesn’t want to share a bathroom with anyone, for two reasons: “Number one and number TWO.”

Colbert also has a message for the Republicans pushing these laws:

“And to all those lawmakers out there who are so obsessed with who’s using what bathroom and what plumbing they’ve got downtown: News Flash – You’re the weirdos.”