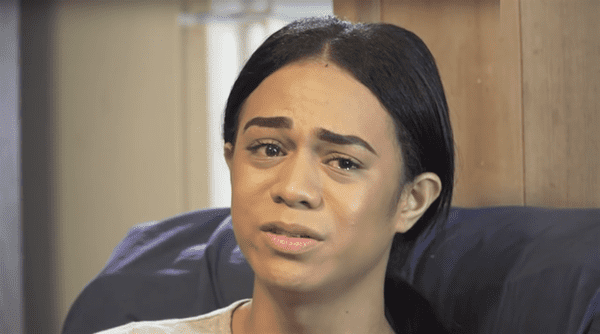 A transgender student from Hawaii who was forbidden from taking part in her high school’s graduation wearing a girl’s graduation robe is sharing her heartbreaking story in a new video posted earlier this week.

Jennea Purcell says she was prohibited from wearing a girls’ white graduation robe at her graduation ceremony (boys wear red) and consequently blocked from participating in the school’s annual graduation dance, a rite of passage for seniors at Kahuku Intermediate and High School on Oahu’s North Shore. Videos of those dances typically go viral and are eagerly looked forward to by graduating students.

Jennea says she was blocked from participating in the ceremony by the school’s principal, who is a Mormon.

She tells us she got an initial OK, but needed to clear it with Principal Pauline Masaniai.

“When I talked to [principal] Pauline Masaniai, she was telling me that my choice is the male’s choice and that’s the only option I have.” […]

Nearly one year after this all happened… Purcell is telling her story through filmmakers with the Kumu Hina Project. So why put herself out to the public now?

“My intention in making this film and having the petition is just to make sure that no other child, even if they’re not transgender or part of the LGBT community, doesn’t have to go through something like this. It’s not okay.”

Along with the film is a petition on change.org that urges the DOE to come up with a comprehensive policy for transgender students.

An opinion piece written by the filmmakers of Jennea’s video helps explain the systemic anti-trans discrimination rooted in Hawaii’s Department of Education:

The central problem is the Hawaii Department of Education, which has failed to establish a transgender policy, neglected training and education on this subject and ignored existing civil rights law.

It’s not for lack of knowledge of the issue. According to the DOE’s own documents, numerous principals have requested guidance on addressing the needs of transgender students.

As for what the filmmakers would like to see done, they write,

Kahuku High and Intermediate School — the institution that forbade Jennea to graduate as her true self — could act as a model school by publicly declaring that it will never again deny a student this right, and that in the future, students may participate in graduation and other school activities consistent with their gender identity.

None of this will give back Jennea the once-in-a-lifetime opportunity to walk at graduation, or the joy of appearing with her friends in a viral video in which she was supposed to have a starring role. That is gone forever.

But Jennea hopes that going public with her story will help the next generation of students avoid the trauma and discrimination she faced, and build confidence in their own abilities and worth.

You can read and sign the petition urging Hawaii’s DOE to protect transgender students, HERE.