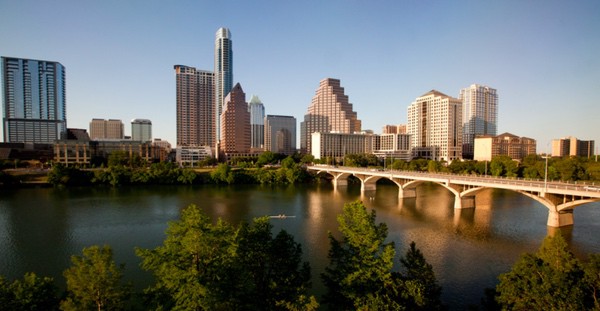 Austin may become the first municipality in Texas to join dozens of cities and states across the country that have banned taxpayer-funded travel by public employees to Mississippi and North Carolina.

Austin’s Human Rights Commission endorsed a resolution this week recommending that the city join at least 17 others that are boycotting the two states in response to recently enacted anti-LGBT legislation.

The move could be particularly important symbolically for a city in Texas, given that similar bills are expected to be introduced here next year.

The resolution “asks the Austin City Council to boycott both Mississippi and North Carolina by banning official travel to and business with these states, except in cases where the public health and safety are concerned” until the laws are changed.

The advisory board’s recommendation also said that if the City Council approves the resolution, Mayor Steve Adler should write a letter encouraging the NBA to move the 2017 All-Star Game away from Charlotte, N.C.

“What these states have passed is not what this city is about,” said Human Rights Commission member Paula Buls, who co-sponsored the resolution. She added that if similar state legislation is passed in Texas, Austin’s own ordinances protecting its LGBT community would be affected, such as the gender-neutral bathroom ordinancethat went into effect in January 2015.

Last month, I asked Dallas Mayor Mike Rawlings whether the city would consider a similar ban.

“I am saddened when lawmakers in other states decide to do things that I believe to be discriminatory and contrary to my point of view,” Rawlings told me for a story in The Texas Observer. “I also wouldn’t want to unfairly punish the good mayors in states like North Carolina who are fighting for LGBT rights.”

Because both Austin and Dallas have weak-mayor forms of government, the bans require action by the full City Council. This would not be the case in Houston, which has a strong-mayor form of government, and where voters recently repealed an Equal Rights Ordinance (HERO). I’ve reached out to Houston Mayor Sylvester Turner’s office about a possible boycott of North Carolina and Mississippi — which would be significant in light of the defeat of HERO — but officials haven’t responded.
Previous Post: « Bernie Sanders, Justin Bieber, BYU, Dallas, Ivory Stockpile, Grindr, Janet Jackson, Target, Sunday Stud: NEWS
Next Post: Sioux Falls May Join ‘Civilized Country’ By Becoming 1st South Dakota City to Add LGBT Protections »