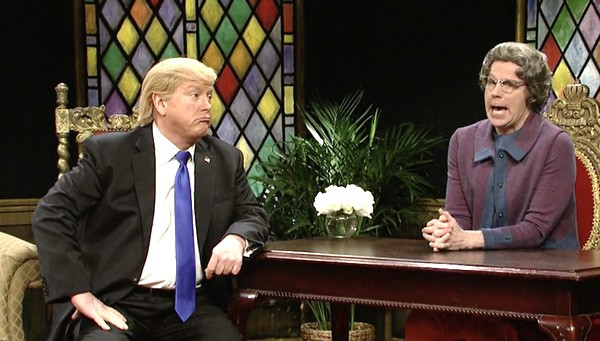 Dana Carvey’s Church Lady returned to SNL last night for the show’s cold open in which she took a dig at Madonna, Beyoncé, and her new album Lemonade, before introducing her own Church Lady Lemonade.

Church Lady then turned to the U.S. presidential race and introduced its latest drop-out, Ted “Lucifer in the Flesh” Cruz.

She noted that they have a lot in common “Cause we love Jesus more than anybody!”

Said Cruz: “I do pray to God often and I think that everything that happened was part of God’s plan.”

Replied the Church Lady: “Really? It was God’s plan for you to get humiliated by an orange mannequin?” 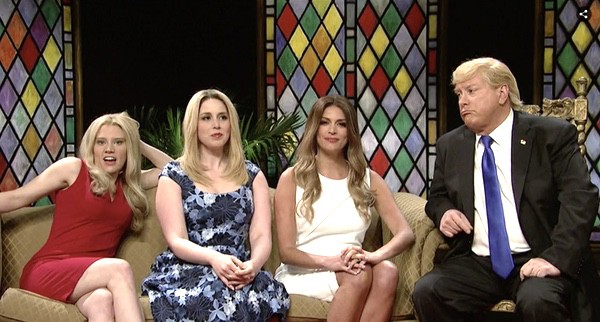 Next up was The Tangerine Tornado, Donald J Trump and his family – Melania, Ivanka, and a random model who tags along with them.

“Donny there are those who say you’re not qualified and that’s not true. You know I remember a Celebrity Apprentice episode where Gary Busey didn’t sell enough pancakes and you just said ‘you’re fired’ and I thought right then and there, give that man the nuclear codes.”