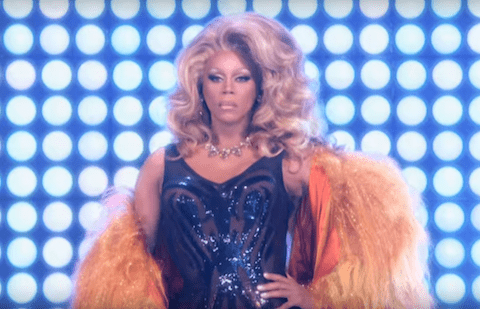 Hail to the Kween! After a fiercely competitive few weeks, RuPaul’s Drag Race has a new champion. Season eight’s next drag superstar was crowned live in New York, and we were there to talk to the winner.

Find out what she had to say and dig in to our final rankings of the season in the SPOILER-filled recap below!

The beauty of this Top 3 is that any one of them would be a worthy champion. Before Mama Ru made her final decision, the last kweens standing came out and performed one of those signature Lucian Piane numbers. These were written specifically for each gal, and they were a bit more contemporary than, say, “The Bitch Ball,” or whatever. The performances showcased each of these unique performers’ strengths (and was a better use of time than devoting longer segments to the also-rans and early eliminations). Miss Congeniality was awarded to the cuckoo with the cucu Cynthia Lee Fontaine, but who took top prize?

Let’s break it down in our rankings.

1. Too bad literally every single “purse first!” joke has already been made. Oh well! This season’s breakout star and clear frontrunner Bob finally secured the title. No shocker there. As strong as her competitors were, there’s no question Bob’s performances radiated the most star power. Even his performance tonight of the Piane-penned “I Don’t Like To Show Off” felt much fresher and more funny than the material she was working with. Her win was well deserved.

We grabbed a few moments of our champion’s time for a couple of quick questions:

Towleroad: Hi! My name’s Bobby, I write for Towleroad.

You’ve been such a super fan of the show coming in, what’s surprised you most about the experience?

It’s harder work than I thought it would be. It’s very hard work.

Did it give you more respect for past queens?

Absolutely! I don’t judge queens based on what they did on the show now. Sometimes, if they came out looking crazy, they did their best up until that point.

If you could go back and do anything different from this season, what would you do?

Maybe I wouldn’t have worn leggings during the last episode. Besides that, I’m pretty happy with myself.

Is there any reaction you saw from the audience that surprised you?

I didn’t think the purse thing would go over so well. It’s a whole thing. Even Anna Kendrick was doing purse first at the Met Gala. I didn’t think it’d be such a big deal.

The video is great. It’s hilarious. I was surprised to see Laila McQueen make an appearance.

I call Laila my little nugget. I love her. She’s the tiniest, littlest, cutest. She’s so funny. She wasn’t on the show very long, but she’s really funny. She’s a brilliant make-up artist. She’s got a great mind for visuals. She’s actually an artist, she draws and does really great renderings that are really stylized. I just love her. She’s great. I also have another project coming out called Queen of the People. It’s my stand-up comedy documentary special.

Well, Bianca just had her special on Logo.

2. Look, more than 300,000 Instagram followers can’t be wrong. Kim Chi’s perfect balance of flawless presentation and underdog spirit endeared the Korean kween to tons of fans. Every single look Kim served was extraordinary this season, even if her dancing and walking and really anything that involved being in any sort of motion was a total disaster. Her dance routine to “Fat, Fem & Asian” played off Kim’s dancing discomfort with limited mobility. Kim’s a star no matter what, and I think her drag has introduced a level of artistry that we will see reverberate for seasons to come.

3. Naomi’s placement at the bottom of this list is by no means a sign of failure. Third place in this crew is still really, really high praise. This season’s youngest queen had one of the sharpest, most refined points of view ever in Drag Race herstory. I think Lucian saddled Naomi with the laziest track to perform to tonight, but Naomi still served some strut strong enough to generate its own aftershocks. I think Naomi really could cross-over into the fashion world. If not into mainstream mags, at least into some cool, edgy, alt editorial.

Still want more? Here are a few more questions with some of season eight’s ladies:

Did your favorite queen take the crown? What did you think of this season

Previous Post: « Caitlyn Jenner ‘Might Not Qualify’ as Transgender, According to Brit Hume: WATCH
Next Post: Donald Trump: We Must Protect Transgender People But I’ll Rescind Obama’s Orders »