DISNEY. The Little Mermaid may be the next animated movie musical to get the live-action treatment after the Beauty and the Beast teaser was viewed 92 million times within the first 24 hours of being posted online.

PERFORMANCE ART. Shia LaBeouf is hitchhiking across America “utilizing Twitter and geographical coordinates as part of a program called #TAKEMEANYWHERE, which involves him tweeting out coordinates and then meeting up with people, who maybe take him places, or maybe just grab lunch with him.” 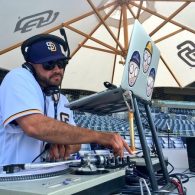 SAN DIEGO. Padres’ CEO says the team is “open-minded” on the return of the DJ who mistakenly played off the gay men’s chorus of LA during this year’s Pride Night: “A Padres spokesperson said on Tuesday that the team would have no further comment until Major League Baseball concludes an investigation on the matter. But in a radio interview Wednesday morning on The Mighty 1090, Padres President and CEO Mike Dee said the organization would be “open-minded” to speak with DJ ArtForm once the MLB investigation concludes.”

BEDTIME STORIES. Zac Efron and Adam DeVine answer, Where Do Brothers Come From? 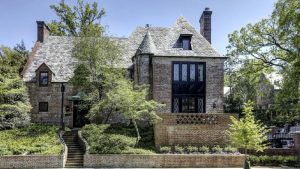 REAL ESTATE. Peer inside the $6.3 million Washington, DC home that will be the Obamas’ new residence after leaving 1600 Pennsylvania.

DEMOCRATIC DIVIDE. Democrats discuss dumping Debbie Wasserman Schultz as DNC Chair: “Wasserman Schultz has had an increasingly acrimonious relationship with the party’s other presidential candidate, Bernie Sanders, and his supporters, who argue she has tilted the scales in Clinton’s favor. ‘There have been a lot of meetings over the past 48 hours about what color plate do we deliver Debbie Wasserman Schultz’s head on,’ said one pro-Clinton Democratic senator.”

BUST A MOVE. Like Drake, Oscar Isaac’s dancing skills are perfect when set to any song.