A gay couple from Canaan, Maine, believes a fire that destroyed their mobile home and killed their seven pets in September was an anti-gay hate crime.

However, police maintain the motive for the arson was an alleged dispute over missing money — even though there’s little evidence to support that theory.

Brian Aldo Baldie, 63, and Ron Pelletier, 71, initially thought the fire at their home in Canaan was accidental. But last week, their former neighbor Matthew Short (right) was indicted on charges of arson, burglary and aggravated cruelty to animals in connection with the incident. 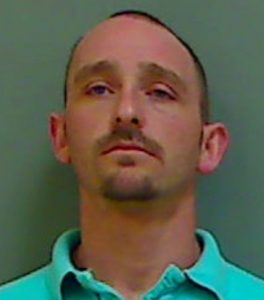 “After they told me somebody did it, I thought, ‘Well, I wonder if it’s because we’re gay,’ ” Pelletier told The Portland Press Herald.

“Why would somebody break into somebody’s house, take a little bit of money, a little bit of jewelry and then set the house on fire with the animals in there?” said Baldie. “It doesn’t make any sense. It would have to be a hate crime.”

Short claims Baldie and Pelletier took $150 from his nearby mobile home, where the couple previously lived. But the couple called that allegation “crazy,” and according to a police affidavit, Short told an acquaintance that he “didn’t like the guys based on their sexuality.”

Baldie and Pelletier have since moved to another city in Central Maine, where they live close to Pelletier’s daughter and have adopted three new pets.

“We never had any problems,” Pelletier said. “We’re well liked by everybody. … I want to let other people know not to be naive, because I didn’t think that stuff went on. (The fire) kind of put me somewhere else. I don’t trust anymore. I lock my doors.”

Watch a report from WGME-TV below.