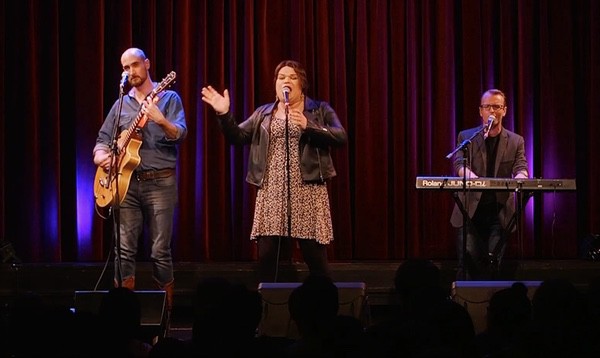 Jordan Raskopoulos, the lead singer of Australian band/comedy group Axis of Awesome came out as transgender in February, but the band hasn’t toured since then and knew that people would have questions when they appeared at the Sydney Comedy Festival .

When they started touring again, would they do a speech at the beginning of each show to address the issue? Or would they ignore it, hoping everyone had heard the news and moved on? What would be the best way to bring it up with their audience, while still maintaining the comedy and music they are renowned for?

So they decided to explain all the questions using their bandmate Lee in a song called “Elephant in the Room”, and pulled it off flawlessly.