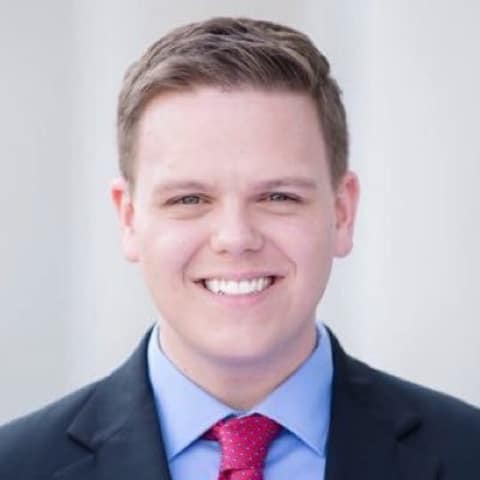 Mitchell McCoy, a reporter for KARK and FOX16 News in Arkansas, received a note from a viewer which read:

“Dear Mitch, I watched KARK before you joined and it was a reputable broad cast until now. I have been holding back for months but I can’t stand your gayness. You are on television every night and our children should not be watching people like you. You are a disgrace to Arkansas and I will be asking your boss to take you off. Do not be offended but society is not ready for gay men reading news.”

“I get many emails but this tops it. I’ve dreamt of being a reporter since I was 9 and I won’t stop on your behalf. With that said, no matter who you are or what you believe in – dream loudly and don’t let anyone get in your way. The minute you stop…is the minute you stop being who you are. It’s not worth it. #DreamOn #StepUpStopBullying“

I get many emails but this tops it. I've dreamt of being a reporter since I was 9 and I won't stop on your behalf. pic.twitter.com/gyFCRHfPHi

KARK stood by McCoy in a statement to Arkansas Online.

“As public figures, our journalists often receive messages from viewers — some good, some bad,” KARK news director Austin Kellerman said in an email. “It’s part of our profession. Mitch is a great journalist, and we’re happy to have him on our team.”

McCoy’s retort has inspired a wealth of support, including from CNN’s Don Lemon:

keep on keeping on. Don't let anyone get you down. There will always be haters. Make them your motivators. 👊🏾

Some of McCoy’s highlight reel, via Raw Story: