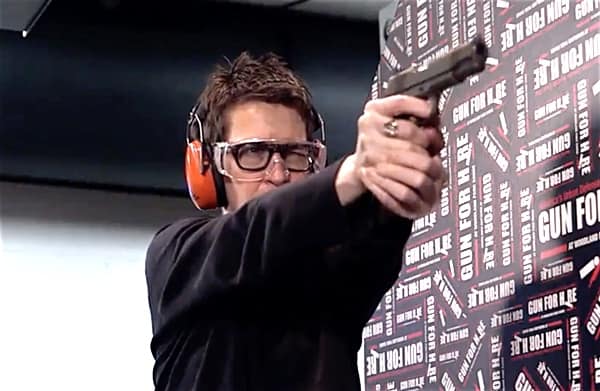 CBS Sunday Morning did a great profile on MSNBC anchor Rachel Maddow, her hobbies, home life, and newscasting career, noting that “she’s anything but cookie-cutter.”

For instance, Maddow loves to go to the gun range and shoot a Colt .45 pistol and AR-15 rifle though she’s “a real liberal” on gun safety and gun control.

Her news segments are not like anyone else’s either, as Towleroad readers know – often a labyrinthine narrative of segments woven together. “Storytelling is fun for me,” she explains.

Her news show dress is unconventional too. Since we only see one half of her, she’s usually got a t-shirt, jeans, and tennis shoes or boots on under her blazer: “It’s business upstairs, party downstairs.”

The segment also touches on her education, giving us a brief glimpse of when she was a long-haired blonde at Stanford: 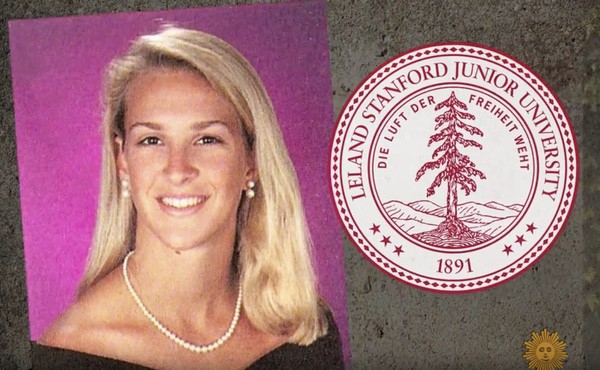 And her relationship with longtime partner Susan Mikula, but she won’t go too far into that:

“It’s private. There’s a lot about my relationship with Susan that we keep to ourselves. And so I have a strong feeling on equal rights. I’m an unabashed advocate that people in this country should have equal access to the rights and privileges of citizenship. But  in terms of what that means for my own relationship? Eh, that’s my own relationship.”

The segment does reveal that Maddow suffers from depression, and how Mikula helps her get through it.

“The time when it’s hardest is when I have forgotten that this happens to me, and so I don’t know what it is, and she will say, ‘you are depressed.’ And just being able to identify it and then knowing that it’s not going to be forever, and that it will pass, and that it will ease at some point, helps.”