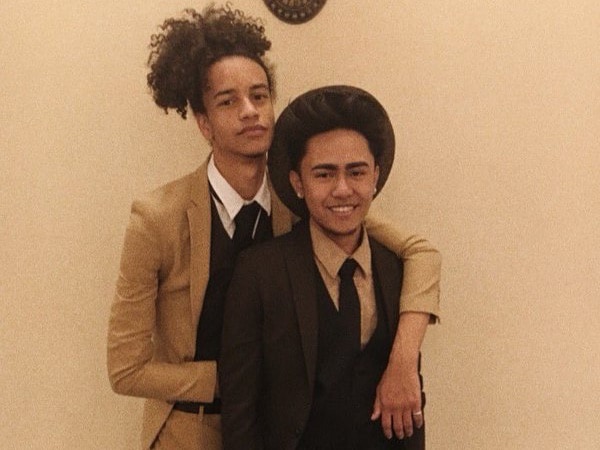 A gay high school couple’s secret prom adventure has gone viral on Twitter after one of them posted an adorable set of photos with the announcement:

The tweet, from a Twitter user named Myren, who goes by @myrenthapimp, has been retweeted more than 18,000 times as of this posting.

Myren told Buzzfeed: “I was surprised when I noticed that people were proud of me and that they respected the decision I had made. The negative comments were the typical ‘this is disgusting’ or, iIf I was your dad I would beat your ass.'”

My parents told me I couldn't go to prom because I wanted to go with my boyfriend so I had to go behind their backs😅 pic.twitter.com/XnnI0Pk0Vd

Myren said his parents have never approved of his relationship but they went anyway and he told his parents there was a party after school.

Added the student, who hails from Maryland: “My parents wont let me see him. It’s like I’m already living on punishment, so what do I have to lose by going to prom? Everyone’s mom was standing there taking pictures of their kids talking about how beautiful they looked and how they were so proud of them. I imagined what my mom would have looked like taking pictures of me in my suit. Everyone at the send off was a stranger to me except my boyfriend. None of his family came to his send off either…When we were dancing together I teared up some because there were times where I never thought we would go to prom, but there we were.”

LGBT youth still need us. We can’t forget that.