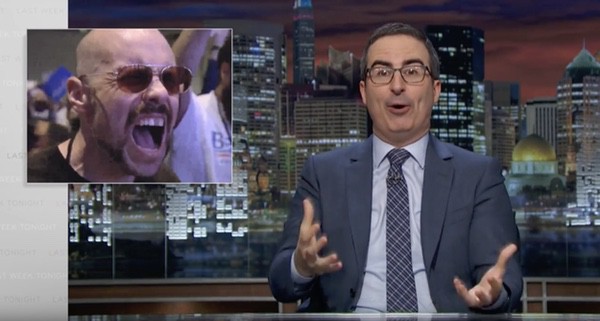 If there is anyone who can bring sense to the nonsensical system of U.S. primaries and caucuses, and why some candidates win the election but not the delegates, why states (like Washington) hold primaries that don’t even count because their candidate was chosen in the caucuses months before, it’s John Oliver — but don’t even get him started with Nevada. Not even Oliver can make sense of that.

“Any competition should have clear rules. You don’t get to the end of a football game and say, ‘okay, who found the most eggs?’. Wait, what? That’s what we were supposed to be doing? Why didn’t someone tell me that at the start? I only have five eggs!”

And he gets to the main problem with making election reform happen:

“If you play by a system of complex and opaque rules that almost nobody understands and that you could use to your advantage even if you don’t, you are going to alienate voters. This is a system that clearly needs wholesale reform. The problem is, once the system produces a winner, the conversation tends to just move on, and if you need any more proof of that, just listen to Trump earlier this month. (Trump speaking) ‘You’ve been hearing me say it’s a rigged system but now I don’t say it anymore, because I won! Okay? It’s true. Now I don’t care. I don’t care.'”