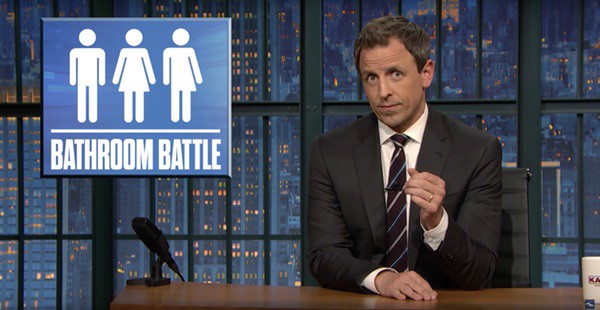 “Why is everyone fighting about bathrooms now?” Seth Meyers asks in his latest edition of ‘A Closer Look’.

“Separate bathrooms for men and women began in the 1800s when women started working in factories. Women need bathrooms whereas men where shocked to learn that women even used bathrooms. They just assumed back then that everything women ate just turned to babies. Which is why – true story – to this day we call children ‘little sh*ts’.”

“The idea that trans people are a dangerous presence in bathrooms or a threat to children is a lie. And worse, it’s not even a new lie. It’s the oldest lie in the book.”