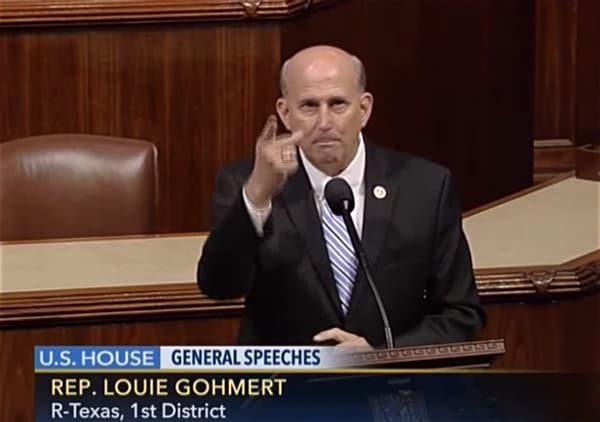 Rep. Louie Gohmert (R-TX), who made international headlines in July 2015 when he proclaimed that a study trapping gays and lesbians on an island to see if they died out would prove that “what nature says is the preferred marriage,” blasted LGBT rights on the House floor this week.

Gohmert argued that spending time and resources fighting for equal rights for LGBT people is a waste of time because humanity would never choose same-sex couples to populate a space colony should there come a time when we had to abandon Earth.

He said that if lawmakers had to decide “whether humanity would go forward or not” in case of an imminent asteroid collision by putting people in a “space ship that can go, as Matt Damon did in the movie, plant a colony somewhere, we can have humans survive this terrible disaster about to befall, if you could decide what 40 people you put on the spacecraft that would save humanity, how many of those would be same-sex couples? You’re wanting to save humankind for posterity, basically a modern-day Noah, you have that ability to be a modern day Noah, you can preserve life. How many same-sex couples would you take from the animal kingdom and from humans to put on a spacecraft to perpetuate humanity and the wildlife kingdom?”