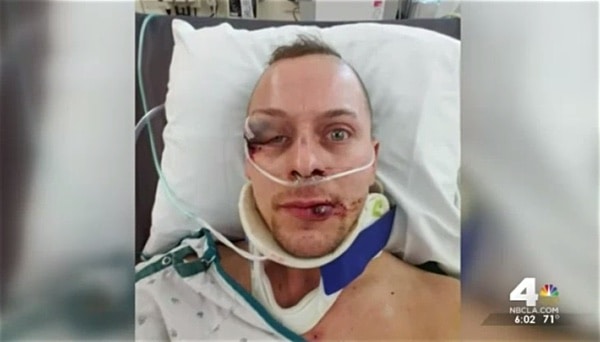 Brandon Ackridge, who works as a bartender and go-go boy on West Hollywood’s Santa Monica strip, woke up bloodied in the hospital and believes he was drugged and beaten.

“I remember coming out of the doors and that’s the last thing I recall,” he said. “The doctor said when he did my blood test the things that showed up in my blood were consistent with date-rape drugs. The reason they don’t think I fell is there’s no scrapes. It’s all clean bruises on both sides all the way down my body.”

Ackridge thinks somebody drugged his drink.

The incident has sparked concern about recent attacks on gay men in the area.

Chris De La Cruz, a catering and events coordinator at West Hollywood bar The Abbey, said he was attacked in April by two men in ski masks who held a knife to his face, punched him, told him “you better not scream,” called him a “f***ing faggot” and, after he asked what they wanted, stole his money and credit cards.