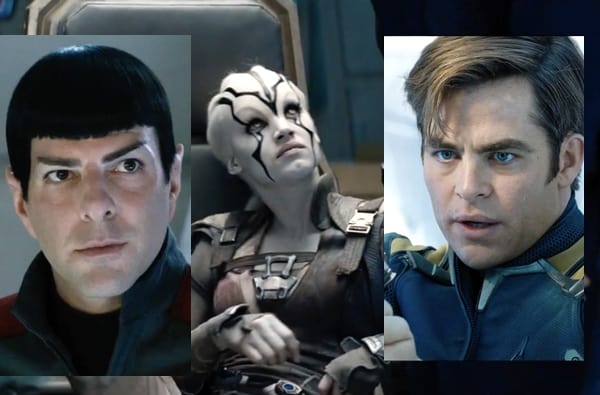 The alien leader even dares to sit in Captain Kirk’s chair.

The film is premiering in IMAX at Comic-Con on July 20 and hits theatres two days later.

Previous Post: « Texas GOP Platform Has a Grammar FAIL, Declares Most Texans are Gay
Next Post: Ryan Gosling Licked a Man’s Hairy Belly and He Wasn’t Ready for It: WATCH »