Game on. I look forward to debating Donald Trump in California before the June 7 primary.

SOUTH KOREA. Gay couple appeals ruling refusing to recognize their marriage: “Kim Jho Gwang-soo and Kim Sung-hwan tied the knot in September 2013 but are still seeking to get legal status. They submitted a report of marriage to a Seoul district office, but it was denied by the office on the grounds that “same-sex marriage does not satisfy the definition of husband and wife in civil law.” They made an appeal in May 2014, asking the court to rule on the case. The Seoul Western District Court ruled against the filmmaker couple Wednesday, saying same sex-marriage cannot be recognized as legitimate under the country’s current legal system.”

NOT THIS TIME. Elton John and Vladimir Putin will not meet in Russia: “In November, the singer said he had talked to the Russian President on the phone and was arranging to meet him to discuss his concerns over gay rights in the country. But a Kremlin spokesman has now said that will not happen as there was ‘no appropriate time in the two men’s schedules’. However Dmitry Peskov said that they could still meet at a later date.” 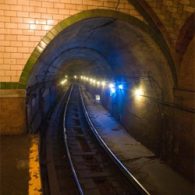 UNDERGROUND. Why subways in the northeast are so troubled: “The subways in New York City and Boston, both more than half a century older than the system in Washington, need billions of dollars to replace aging infrastructure and to meet rising demand. All three cities, home to most of the nation’s busiest subways, are growing and attracting young people, who prefer mass transit but have become frustrated by delays.”

INDIA. Ian McKellen says country is at an LGBT ‘Crossroads’: “It seems to me that India is at some crossroads or another. You have to decide whether you’re going to be stuck in the colonial past or enter the modern world. Join the rest of us, who are simply prepared to accept that we are all born equal, be it the colour of our skin or hair.” 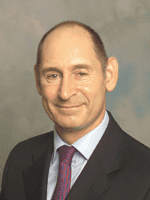 SIR TERENCE ETHERTON. Britain’s first openly gay judge is appointed head of the civil judiciary in England and Wales. “He will be the second most senior judge in England and Wales, outranked only by the lord chief justice, Lord Thomas of Cwmgiedd, and will receive a salary of around £220,000. Educated at St Paul’s school in west London and Corpus Christi College, Cambridge, Etherton has been a judge since 2001 and was the first to become so while publicly declaring his sexuality.”

RECORDS. Beauty and the Beast becomes most-watched teaser in history: “The teaser was watched 91.8m times in the first 24 hours of its release, taking it ahead of the 88m views garnered by the second teaser for The Force Awakens in 2014.”

ATTACKS. Trans comedian Eddie Izzard says he was attacked at a football match last weekend: “I went to the Palace game against Manchester United and someone [verbally] attacked me and was exceedingly horrible – he said I’m a disgrace to the Crystal Palace team. I was wearing a Crystal Palace shirt, he said ‘You’re a fucking disgrace’, and I went … ‘Hey what the bloody hell are you saying,’ and all the other Palace fans came out and said ‘Hey, back off, man’. And I just thought it was actually rather positive, because only one guy was screaming homophobic abuse at me rather than 20 or an entire section of an audience.”

NEXT UP. James Blake has heard Frank Ocean’s new music and says it’s amazing: “His music was a huge influence on the way I was writing the record, the way I was writing melodies.” Intriguingly, Ocean’s Channel Orange was not the record that grabbed Blake’s attention. “I was more of a fan of him when I heard his newer music,” Blake noted. “It’s better. You grow, you improve, you nail a new message to the board. He’s had time to mature. It’s really cool to watch.”

MEMORIES. Adele forgot the lyrics to her song and it was hilarious.

THIRSTY THURSDAY. Our Swirl Life couple Jack and Ben, from the UK.