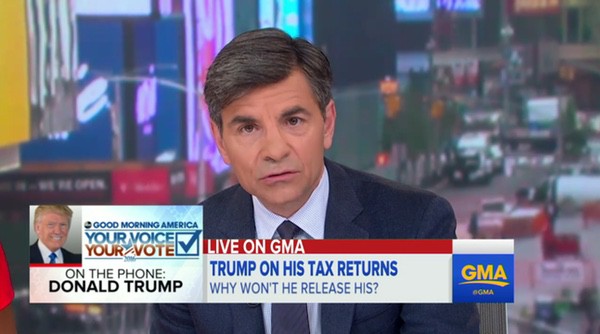 Every presidential nominee since 1976 has released their tax returns prior to the general election.

“You’ll see it when I release but I fight very hard to pay as little taxes as possible. This country wastes our money. They take our tax money, and they throw it down the drain. I don’t have Swiss bank accounts. I don’t have offshore accounts.”

Trump also tried to turn the conversation to Hillary Clinton:

Trump also commented on Obama’s directive to schools that they should allow transgender students to use the bathrooms they choose:

“Well, I believe it should be states’ rights and I think the state should make the decision. They’re more capable of making the decision.”