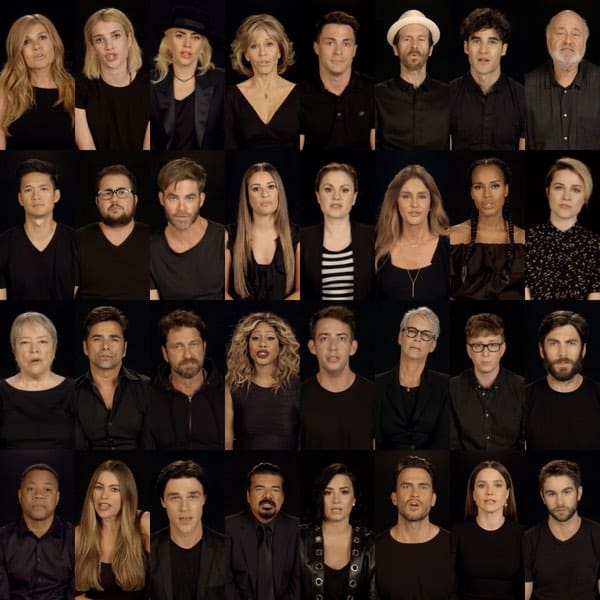 The Human Rights Campaign on Wednesday shared a video tribute to the 49 victims of the Pulse gay nightclub massacre. The video shows actors, directors and entertainment leaders sharing vignettes about each of the victims who was brutally slain on June 12, 2016.

The 18-minute tribute was directed by Ryan Murphy and Ned Martel and is meant to be a living memorial to the 49 victims, providing more information about their lives so they may always be remembered.

Murphy’s involvement with the project stemmed from his desire to raise awareness about the dual epidemics of anti-LGBT violence and gun violence following the Orlando massacre.

“The 49 heroes who lost their lives on June 12 were brothers and sisters, sons and daughters, friends and neighbors, boyfriends and girlfriends, husbands and wives. They were mostly young and mostly Latinx. But above all, they were human beings who were loved, and who had hopes and dreams for long, full lives. It has been only a few short weeks since we lost 49 people to a deadly act of hatred. It is our responsibility to keep their memories alive and honor their legacies by ensuring our nation acts to end anti-LGBTQ hate and gun violence.”

“The hate that stole these 49 individuals from all those who loved them has been allowed to flourish in our country for too long. No person is born hating another, and we have an obligation as Americans to stand up against prejudice and bigotry that would incite violence against someone simply for who they are. I am proud to have joined with Ned Martel, my talented colleagues, and the Human Rights Campaign to honor these 49 heroes and stop the hate.”

HRC is asking viewers to visit their Stop the Hate website and demand gun reform.

Watch the emotional tribute, below.

Previous Post: « Uganda Lawmaker Suggests Homosexuality Could Lead To Legalization of Sex with Animals: VIDEO
Next Post: Gay Vlogger Calum McSwiggan: ‘I Did Not Fake a Hate Crime’ »