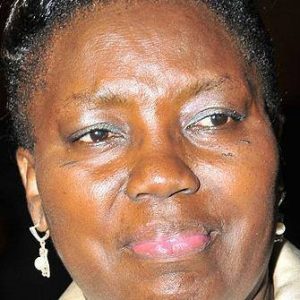 A Ugandan lawmaker has urged the country’s youth to become “ground fighters” in the national battle against homosexuality.

Rebecca Kadaga (right), the Speaker of Parliament, made the comments at a party hosted by youth leaders to congratulate her on her reelection to Parliament last February.

Kadaga was a driving force behind Uganda’s “kill the gays” law. In 2012, she promised to pass the law as a “Christmas gift” to Ugandans.

Kadaga added she has proof that NGOs working in Uganda are recruiting children into homosexuality. She added that “the Canadian court has legalised sex with dogs in addition to homosexuality.”

Ms Kadaga said the youth are soft targets for homosexuals and pro-gay lobbyists from the Western world using scholarships and donor organisations to spread the vice and lure young people into it.

“We must stand against homosexuality and I enlist you as ground fighters against the vice among your fellow youth. Secure them from the vice with a vibrant programme,” Ms Kadaga said and warned the youth against being used as conduits…

She said there is credible information that some NGOs are recruiting children into homosexuality in Kamuli, asking security organs to investigate the issue and take appropriate action.

“It is disheartening that the social media reported that the Canadian court has legalised sex with dogs in addition to homosexuality. So security, act on these organisations luring innocent kids or we hold you as accomplices to the vice,” Ms Kadaga said.

In 2012, Kadaga received a blessing from Pope Francis.