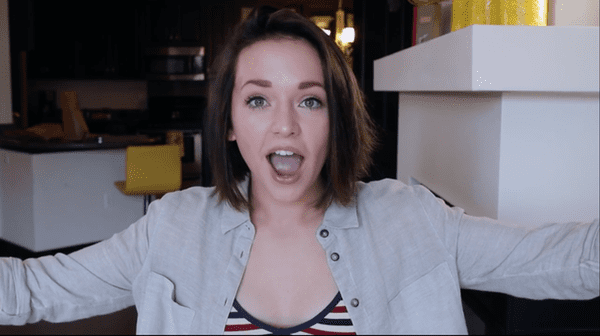 Zall has become known over the past few years for creating videos on her birthday in which she shares a tip for every year she’s been alive (e.g. “15 tips for 15 years”). The videos highlight things she has learned in the past year and bits of wisdom she would have imparted to her younger self.

In her latest video, “18 Tips for 18 Years” (she turns 18 today), Zall described the past year as the most “emotional, up and down painful year that I have experienced so far on planet earth.” Yet the growing pains have led to a better life for Zall. She says, “I feel the most comfortable with myself as a human being that I have ever felt.” And that may have something to do with coming to terms with her sexuality.

A friend of hers can be heard off-camera asking, “Did you do it?” He then joins her for a dance celebration which leads to this adorable moment shared by the two. 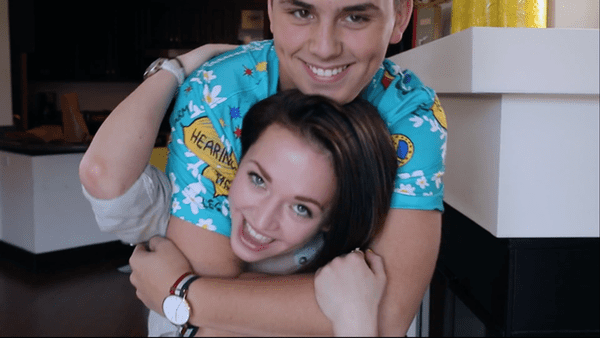 Afterwards, Zall says, “That’s nice. Oh, I like it.” She adds, “I mean for me personally, I wouldn’t necessarily ever rule out dating guys. But I definitely like girls. And it’s totally okay to just be that.”

Zall’s video is notable in that, unlike other YouTubers whom we have seen come out over the years, Zall sort of buries the lead. As one reddit-er put it, “Zall doesn’t make a click-baity title and thumbnail for it like some YouTubers, she just quietly and casually mentions it, then moves on, not mentioning it again until the outtake in the end of the video.”

As of this posting, the video has been viewed over 114,000 times since being uploaded on Sunday. Zall currently has over 1 million subscribers.