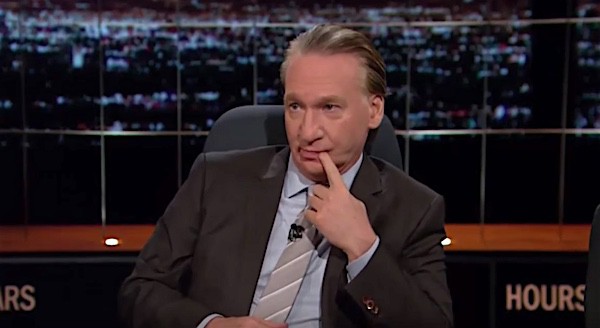 Bill Maher and his panel this week took a look at the implosion of Donald Trump’s poll numbers and how it relates to a couple of issues: his racist remarks regarding the judge presiding over the Trump University fraud case, and Trump’s reaction to the Orlando massacre.

“I see it as, this was the week it ended. And by the way I don’t think I’m the only one, because most of the Republicans who were caught on camera this week basically said, ‘I don’t want to talk about it.’ I mean they dashed into the elevator. … The judge thing looked selfish. There is no constituency for Trump University except Donald Trump…And then the first thing out of his mouth after Orlando was, ‘I was right. I was right about terrorism.’ He looks like what he is — a narcissist.”

Maher said that the GOP is realizing they have a losing candidate on their hands.