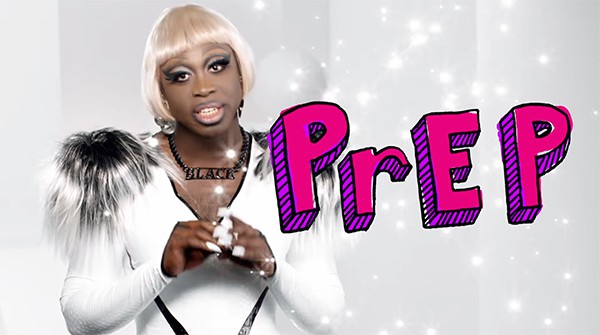 In “Oh Hey, Prepare Yourself!”, a video released Sunday, Bob the Drag Queen (not to be confused with Bob the Chiropractor) urges people to take the anti-HIV medication PrEP, short for pre-exposure prophylaxis. “Oh hey! Prepare yourself! There is a once-a-day pill called PrEP,” she starts. “And it’s been shown to lower the risk of getting HIV by more than 90 percent” she says, even making “pre-exposure prophylaxis” sound sexy.

The minute-long video has a ’90s C+C Music Factory feel and shows Bob talking to the camera and dancing around seven other dancers, all dressed in white. There is even a little voguing thrown in for good measure.

The video is part of #HIVBEATS a campaign from Greater than AIDS, a non-profit launched in 2009 by the Kaiser Family Foundation with the Black AIDS Institute, whose goal is to bring information and inspire action to combat the HIV/AIDS epidemic. 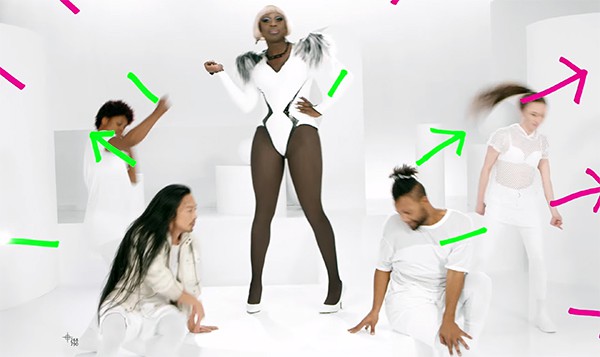 The “Purse First” legend reminds us how easy it is to be on PrEP: “Any doctor can prescribe PrEP, but not all doctors know about PrEP, darling. You can find a PrEP-friendly doctor in your neighborhood by going to getprep.greaterthan.org.”

Previous Post: « Meanwhile, In Westeros: ‘Game Of Thrones’ 06×07 [RECAP] – SPOILERS
Next Post: Captain America and the Winter Soldier Made Out in Front of Chris Evans and Sebastian Stan – LOOK »