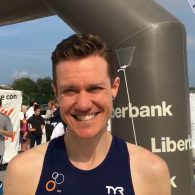 THE BODY ISSUE. Chris Mosier is first transgender athlete to appear in ESPN’s special issue: “I have wanted to be in the Body Issue for over a year. I think the reason I felt so inspired to do it is that I’m finally at a place where I feel very comfortable with my body. And as a trans person, being in a body that didn’t really fit me for 29 years, now I feel very comfortable in my own skin.”

DON’T CRY FOR ME ARGENTINA. Eden Espinosa is Eva Peron.

NOT GOING BACK IN THE SHADOWS. Elizabeth Warren continues to fire back against Donald Trump (and also Scott Brown) after Trump again called her ‘Pocahontas’ (and Brown suggested she should take a DNA test to prove her Native American ancestry).

TURN TO THE LEFT. Recap the Paris menswear collections.

ME TARZAN. We now know who is responsible for not putting Alexander Skarsgard in a loincloth. 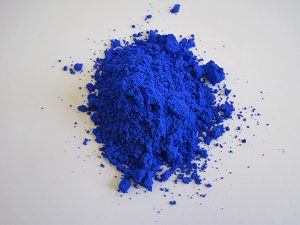 THE COLORS, DUKE. Scientists accidentally stumble upon a new shade of blue: “Called YInMn blue, the pigment will finally be available to artists and manufacturers later this year through an agreement with the Ohio-based Shepherd Color Company, artnet reports.”

Pride Flag at US embassy in #Ottawa pic.twitter.com/AP6d4zyYTX

Previous Post: « Gay Vlogger Calum McSwiggan Arrested for Vandalism, L.A. Sheriffs Dispute Claim of Attack
Next Post: Homophobia Social Experiment: If You Saw a Victim on the Subway, Would You React? – WATCH »