You are here: Home / Homophobia Social Experiment: If You Saw a Victim on the Subway, Would You React? – WATCH 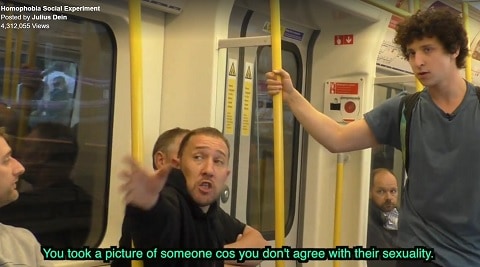 It’s something a lot of people probably think about – if I saw someone verbally attacking someone because of their race, sexual orientation or religion in public, would I react? Many of us have likely seen offensive behavior, silently fumed and said nothing.

The results may restore some of your faith in humanity after recent worldwide events.