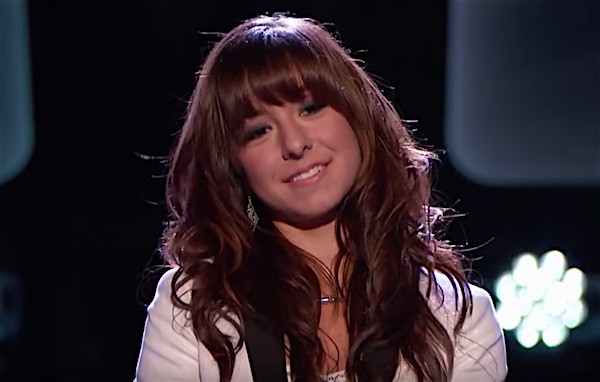 Christina Grimmie, a singer popular on YouTube who finished third on the TV competition The Voice in 2014, was shot dead on Friday night while signing autographs after a concert in Orlando. The gunman was tackled by Grimmie’s brother and shot himself during their struggle.

OPD was told suspect walked toward Christina and shot her. Christina's brother immediately tackled the suspect, who shot & killed himself.

On June 10, 2016 at approximately 10:24 p.m., Orlando Police responded to a call of shots fired at the Plaza Live, located at 425 N. Bumby Ave. Upon arrival officers found the male suspect, who was deceased, and one victim who was gravely injured. That victim, singer Christina Grimmie, was transported to the hospital with critical injuries. She later died from those injuries.
Christina Grimmie was performing with the band Before You Exit at The Plaza Live Friday evening. The concert ended at10:00 p.m.  The band members and Christina stayed to sign autographs for fans and sell merchandise.
Detectives were told the suspect – who is not being identified at this time – walked toward Christina and shot her. Christina’s brother immediately tackled the suspect stopping him from causing any more harm to Christina and her fans. During the struggle, the suspect shot himself. The suspect was pronounced dead at the scene.
The investigation is in its preliminary stages. We know there are many questions and we will do our best to answer them as the investigations unfolds.
Christina was a talented young artist and we know that her fans and supporters want as much information as possible. We will continue to update as the investigation unfolds.

Grimmie was performing at The Plaza Live theate with boyband Before You Exit. Here’s a clip from the concert:

With deep regret, we have confirmed Christina Grimmie, @TheRealGrimmie has died from her injuries.

Here’s a clip from one of The Voice’s blind auditions:

The show expressed its sorrow over Grimmie’s death:

We are heartbroken. @TheRealGrimmie is a loved member of our family. Our thoughts are with her and her family. #PrayForChristina

There are no words. We lost a beautiful soul with an amazing voice. Our hearts go out to the friends, fans and family of @TheRealGrimmie.