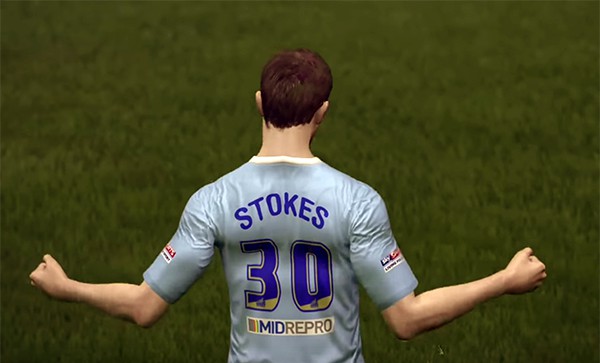 An English soccer player who posted a homophobic remark on Twitter received a one-match suspension and will have to pay a £1000 fine (approx. $1430) to the English Football Association (FA). He will also have to attend an FA education course. 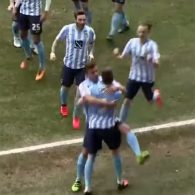 25-year-old Chris Stokes, who plays for the Coventry City in England, apparently didn’t like a match between Chelsea and Tottenham he watched in May and decided that Twitter was a good place to vent. He called the players a “bunch of faggots”.

Coventry City wasn’t a big fan of the remark and opened an internal investigation. It didn’t go well for the defender.

Friday, the club posted on its website that Stokes was “charged for a remark he made which was abusive and/or insulting and/or improper. It was further alleged that it was an “Aggravated Breach” as it included a reference to sexual orientation.” It concluded stating that “Coventry City FC expect the highest level of professionalism from our players as we’re a family club and we want our players to act as role models in the Coventry and Warwickshire community”.

Stokes claims he had no idea that the term was homophobic or offensive, of course. He quickly tried to fix the situation with two follow-up tweets, as reported by the Gay Star News:

I’d like to apologise for a term used in an earlier tweet. I didn’t realise what the term meant and was shocked when people pointed it out.

It’s unacceptable and it won’t happen again, I am very sorry if I’ve caused offence to anyone.

#RIP @stokesy1991 – he no longer exists according to Twitter #pusb 😭 pic.twitter.com/PZnA5eXNRc

In February, Ivory Coast-born player Serge Aurier was suspended indefinitely by his team Paris Saint-Germain after using homophobic language to insult his coach.