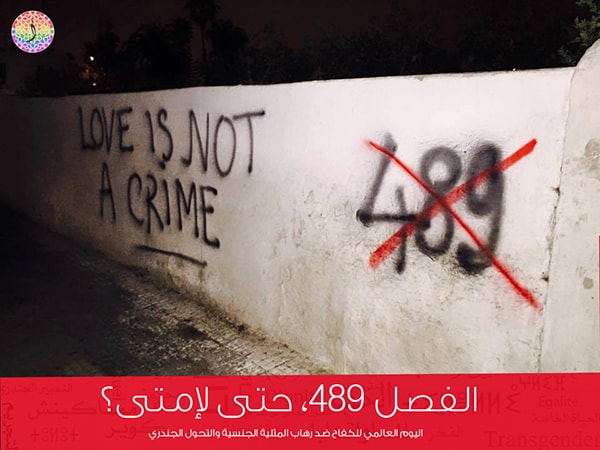 Two young men will spend six months in jail after police caught them having sex in their car in a deserted area of Guelmin, a city in Southern Morocco.

On Wednesday, Moroccan LGBT rights group Collectif Aswat wrote about the incident on its Facebook page, in Arabic and French:

“On Thursday May, 26 Collectif Aswat heard that two young men were arrested on homosexuality charges in the city of Guelmin. The court sentenced them to six months in jail,” followed by the English hashtag #Love_Is_Not_A_Crime.” 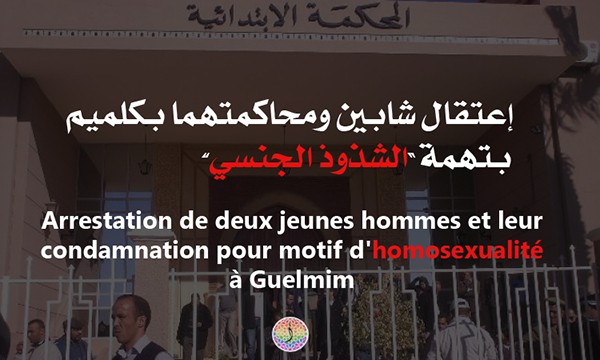 Gay Star News reported that lawyers refused to defend them because they had been charged with the crime of “homosexuality,” and they were not tried properly:

Prosecutors sped through a trial, before an investigation had even been completed and they weren’t able to get proper legal representation.

The couple, who GSN will not name to protect their safety, had gone to a deserted area in the outskirts of Guelmim, a southern city of the north African country, on 26 May.

Police reportedly caught the two young men having sex in their car and arrested them under article 489 of the Penal Code, which criminalizes ‘lewd or unnatural acts with an individual of the same sex’.

Despite the public prosecutor ordering a full investigation to be conducted before it was presented to the city’s Court of First Instance, the two men were quickly found guilty.

A recent case in Morocco shocked the international community when two men “who according to police reports identified themselves as gay, were dragged into the street, where one of the attackers filmed them being beaten and stabbed while anti-gay slurs were chanted. A clip of the video was posted online on March 25.”

Same-sex relationships are criminal offenses in 74 countries. In 13 of them, they are punishable by death.