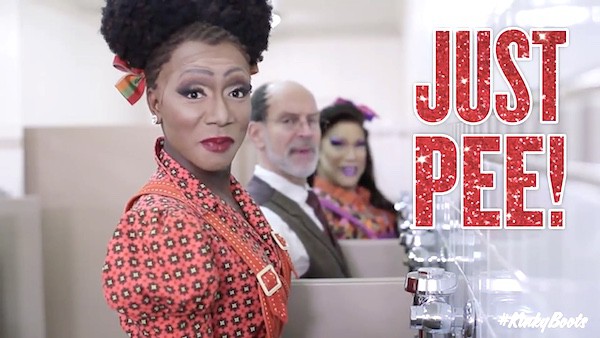 Harvey Fierstein and Cyndi Lauper rewrote the lyrics to the Kinky Boots finale number “Just Be,” to show support for the transgender community in the wake of North Carolina’s HB2 law and shot a new video with the Kinky Boots cast.

Today, Lauper will perform in Raleigh, North Carolina. Her concert proceeds will be donated to the fight against the state’s HB2 bill and her concert rider dictates that the Duke Energy Center for the Performing Arts must have a gender-neutral bathroom. 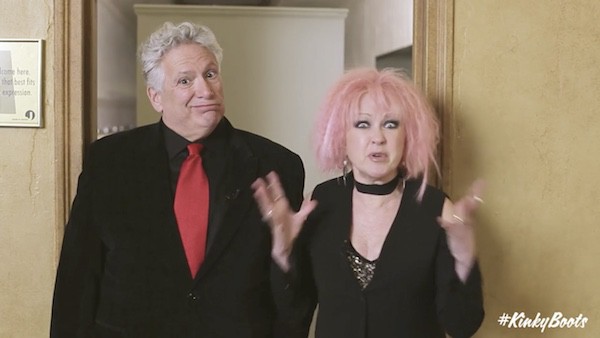 Said Fierstein of the new video:

“So, you don’t like transgender people? Have the balls to honestly say it. Today’s bathroom controversy is fueled by the same bigots that sought to ban gay and lesbian teachers forty years ago. All these years later they’re still hiding behind the claim that they’re only protecting their children. These discussions are great opportunities to educate and strengthen the bonds that make us all one human family. But when I see discussions on social media proposing a men’s room for adult males, a ladies’ room for adult females, a little girls’ room for little girls, a little boy’s room for little boys and then another pair of bathrooms for little boys with a parent and little girls with a parent… Well, it’s time to take a step back and laugh at our own absurdity. This video is a reminder that sometimes we go to the bathroom just to pee.”

You change the world when you change your mind. #JustPee #KinkyBootshttps://t.co/Y1ZOB0vKgT